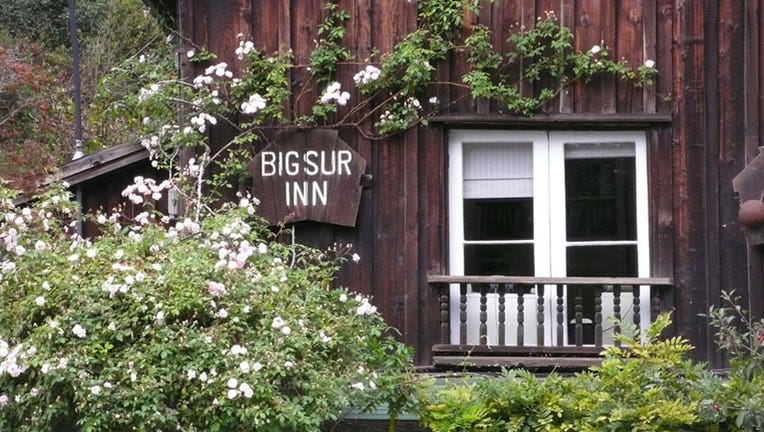 BIG SUR, Calif. - The popular and rustic Deetjen's Big Sur Inn, open since the 1930s, announced that it is officially closing for an indefinite period of time because of years of road closures, fires, floods and COVID-19.

"It is with great sadness and extreme disappointment that we announce the indefinite suspension of the operation of Deetjen's Big Sur Inn," reads a letter addressed to the inn's "loyal supporters, friends and lovers of Deetjen's" posted on Facebook last week.

"For more than half a century Deetjen's has been a community-centered nonprofit dedicated to preserving the time and place of the homesteading era in Big Sur. You have celebrated your milestone anniversaries with us; you have celebrated family birthdays, you have slept here on your wedding night, you have written infinite words in the journals and you have never stopped loving the inn."

The Deetjen's Big Sur Inn Preservation Foundation leaders said years of road closures, fires, floods and Covid-19 all contributed to the suspension. The inn suffered a 25 percent loss of revenue after four units were destroyed in the major winter storms of 2017.

Monterey County Now reported that the plan was to close Aug. 31, but smoke from the Dolan, Carmel and River fires caused the inn to shut down early. The inn refunded guests who had plans to stay there and several employees will be laid off at the end of this month, General Manager Matt Glazer told the news organization.

Deetjen's, with its shared bathrooms, old-timey decorations and individual room themes, got its start in the 1930s after Helmuth and Helen Haight Deetjen began living in a tent beside Castro Canyon Creek, according to Deetjen's website.

By 1939, a main building on the site was transformed into the restaurant, famous for its eggs benedict breakfasts. The inn is listed on the National Register of Historic Places. Helmuth "Grandpa" Deetjen recreated architecture from his native Norway, which contributed to what is now known as the Big Sur style of building.

Guests from around the world came to stay there for summer getaways and romantic honeymoons.

"Oh dear," Nancy Culp wrote on Facebook. "This is hard to hear. Deetjen's occupies an almost sacred place in our hearts. Just knowing it was there was a comfort even when we were far away. We will gladly donate what we can to not let it slip away."

Clarissa Berkman wrote that Deetjen's has been her "solo spiritual retreat source since I was old enough to make my own reservation. I am profoundly grateful for the respite and recovery you have provided me when I needed it most."

Many people offered to start fundraisers for the inn. But what will happen in the future is unclear.