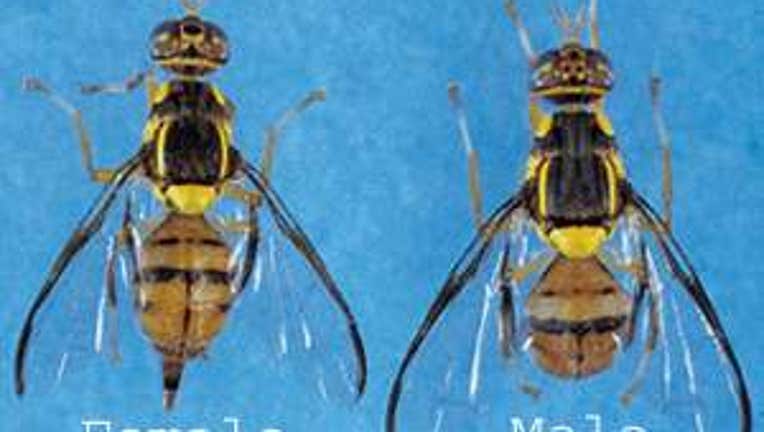 SAN JOSE, Calif. - The California Department of Food and Agriculture announced Tuesday that a portion of South San Jose is under quarantine for the oriental fruit fly, with residents in the area urged to consume or process homegrown fruit and vegetables on site or to take extra care in disposing of them.

Six of the flies were found in an area near the Santa Clara County Fairgrounds, prompting the quarantine that covers a zone of about 94 square miles, bordered on the north by the Alum Rock neighborhood, on the south by Santa Teresa County Park, on the west by South Bascom Avenue and on the east by Joseph D. Grant County Park.

State wildlife officials are urging people who live in the quarantine area and have homegrown fruits or vegetables to eat them or process them via juicing, freezing, cooking or other means on the property they were grown, or to dispose of them by double-bagging, sealing and placing them in the regular trash bin rather than the green waste bin.

Oriental fruit flies damage fruit and vegetables when the female lays her eggs inside them and they hatch into maggots. The insects often get into California via fruits and vegetables brought back illegally from elsewhere in the world.

According to the state, the quarantine will be lifted if no additional oriental fruit flies are found by trapping or visual surveys for three life cycles of the insect following the last detection of one in the area.

Anyone seeking information about the quarantine action can visit https://www.cdfa.ca.gov/plant/off/ or call the CDFA Pest Hotline at (800) 491-1899. 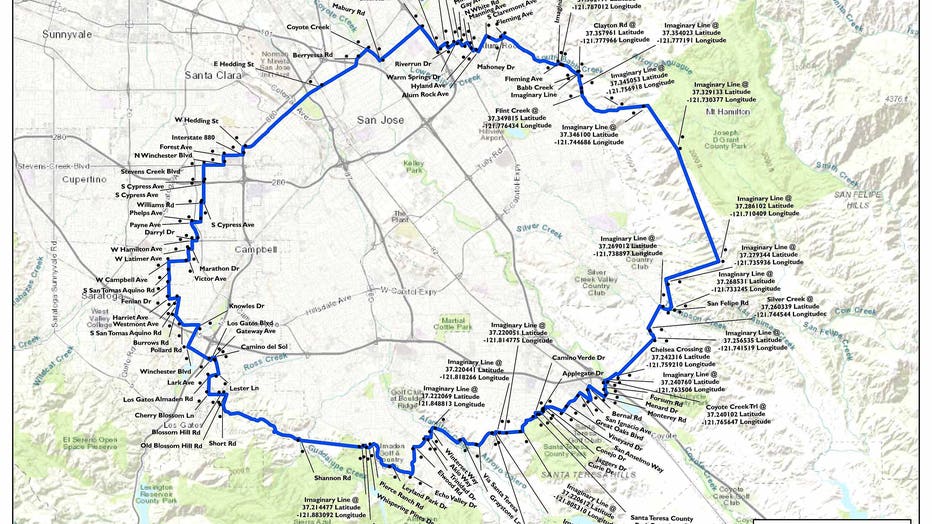 The 2021 Oriental Fruit Flu (OFF) California quarantine boundaries. The OFF is an invasive pest that attacks over 230 crops: including citrus and other fruits, nuts, vegetables and berries. The short lifecycle of the OFF allows rapid development fo s