Researchers at the International AIDS Vaccine Initiative and Scripps Research said the vaccine had success in producing rare immune cells that trigger antibodies to keep the virus from mutating. The response was shown in 97% of participants who received the vaccine, according to the organizations.

"We believe this approach will be key to making an HIV vaccine and possibly important for making vaccines against other pathogens," Scripps Research Immunologist William Schief said in a statement. 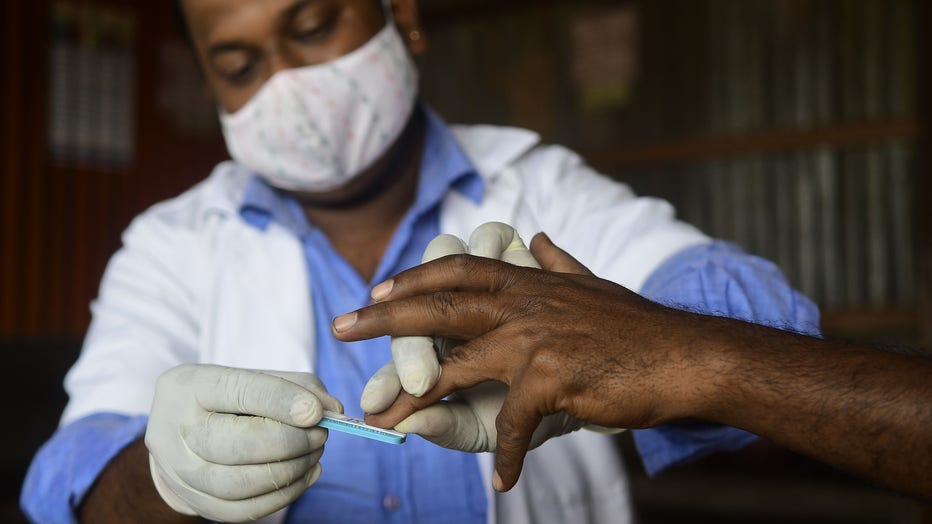 A health worker tests blood of a driver at a bus stand during a counselling and HIV test camp, organized by Tripura State AIDS Control society in Agartala, the capital city of India's northeastern state of Tripura, on Dec. 14, 2020. (Photo by Str/Xin

The clinical trial took place in Washington, D.C. and Seattle and involved 48 healthy adults as participants, in which some received a placebo.

Schief presented the results to the International AIDS Society HIV Research for Prevention during a virtual conference in February.

The potential vaccine will now move to additional clinical trials to determine its safety and further effectiveness. IAVI and Scripps will partner with pharmaceutical company Moderna to create an mRNA-based vaccine. Vaccines that utilize mRNA teach cells to produce proteins that could trigger antibodies, which are effective in combating viruses rather than injecting the body with an inactivated germ. It’s the same technology used to produce some COVID-19 vaccines.

Moderna has also produced one of the mRNA-based COVID-19 vaccines.

According to the U.S. Centers for Disease Control and Prevention, HIV, or human immunodeficiency virus, is a virus that attacks the body’s immune symptom. It can be transmitted through unprotected sex or other means such as sharing injected equipment, like syringes. The virus is detected through a test.

There is no cure for HIV, but it can be controlled through treatment. If untreated, it could develop into AIDS, or acquired immunodeficiency syndrome, which is more severe and deadly.

According to Scripps, HIV affects more than 38 million people globally and is known to be among the most difficult viruses to target with a vaccine partly because it constantly evolves into different strains.

"Given the urgent need for an HIV vaccine to rein in the global epidemic, we think these results will have broad implications for HIV vaccine researchers as they decide which scientific directions to pursue," IAVI President and CEO Mark Feinberg said.