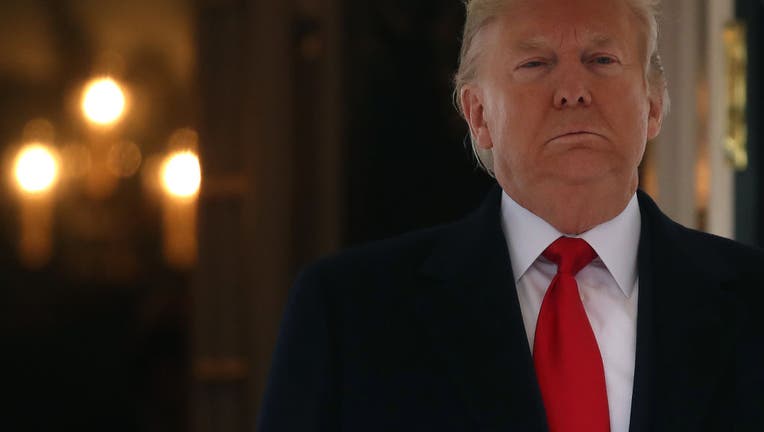 WASHINGTON, DC - FEBRUARY 05: U.S. President Donald Trump waits with Interim President of the Bolivarian Republic of Venezuela, after his arrival at the White House, on February 5, 2020 in Washington, DC. Later Today the U.S. Senate is expected to vo

Trump declared his acquittal a "victory" and called the impeachment a "hoax."

On Wednesday, the impeachment trial came to a close after a split Senate vote found Trump not guilty on two articles of impeachment, abuse of power and obstruction of Congress.

On the first article of impeachment, the vote was 52-48 favoring acquittal. The second, obstruction of Congress, also produced a not guilty verdict, 53-47.

Only one Republican, Mitt Romney of Utah, the party’s defeated 2012 presidential nominee, broke with the GOP.

Romney choked up as said drew on his faith and “oath before God” to announce he would vote guilty on the first charge, abuse of power. He voted to acquit on the second.

Trump was the third U.S. president to face impeachment and also the third to be acquitted.