The royal family confirmed the Duke of Edinburgh's death on April 9 in a statement shared to Twitter.

LONDON - Britain’s Prince Philip, the husband of Queen Elizabeth II, has died at the age of 99.

Earlier this year, he was admitted to King Edward VII’s Hospital in London as a precautionary measure for "feeling unwell." The palace later said Philip had an infection but was comfortable and responding to treatment, but wasn’t expected to leave the hospital for "several days."

Johnson praised His Royal Highness for his service in World War II, a champion of the natural world and for his steadfast duty to the Queen.

"And it is to Her Majesty, and her family, that our nation’s thoughts must turn today," Johnson said in front of 10 Downing Street. "Because they have lost not just a much-loved and highly respected public figure, but a devoted husband and a proud and loving father, grandfather and, in recent years, great-grandfather."

As mourners laid flowers at the palace gates, Union Jacks flew at half staff across the UK. They will not return to the top of flag poles until the morning after Philip's funeral, the government said. 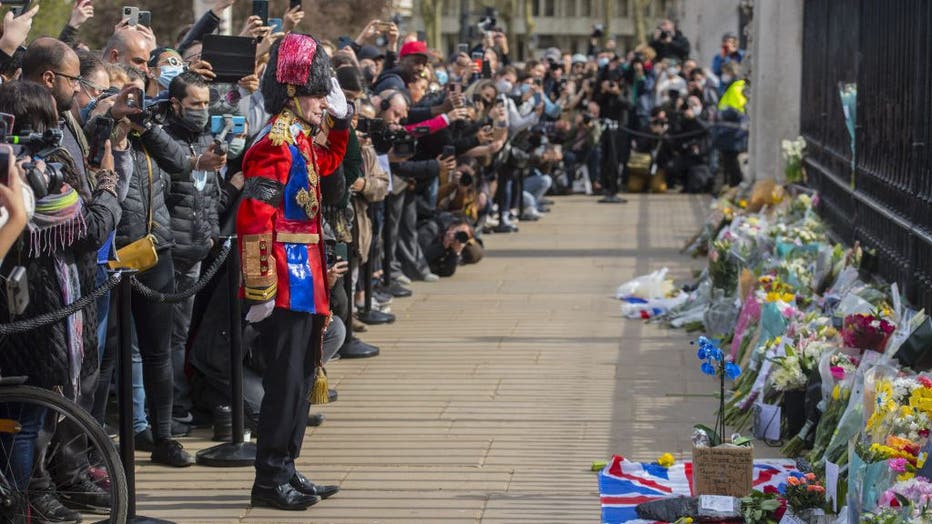 A man arrives to lay a floral tribute outside Buckingham Palace, London, following the announcement of the death of the Duke of Edinburgh at the age of 99. Picture date: Friday April 9, 2021. (Photo by Ian West/PA Images via Getty Images)

Philip married the then-Princess Elizabeth in 1947 and became the longest-serving royal consort in British history. He and the queen have four children, eight grandchildren and nine great-grandchildren.

Philip, also known as the Duke of Edinburgh, had been retired from public life since May 2017 and rarely appeared in public since.

Prince Philip, who died at 99, was born into the Greek royal family but spent almost all of his life as a pillar of the British one.

When he wasn’t accompanying the Queen on all of her Commonwealth tours and State Visits overseas, he took part in a number of special interests, was a keen polo player and was involved in hundreds of organizations and charities. He founded the Duke of Edinburgh Award scheme in 1956, a youth achievement award that now operates in more than 140 countries.

Philip was born in Corfu in Greece on June 10, 1921. He was the son of Prince Andrew of Greece and Denmark and Princess Alice of Battenberg. He had four older sisters.

RELATED: Royal consorts, past and future, in Britain's changing monarchy

Philip had a tumultuous early life. At 18 months old, he and his family had to leave Greece, according to the royal family's website. The country had become politically unstable and his uncle, the King of Greece, Constantine I, was forced to abdicate. Fearing for the family's safety, Prince Philip's uncle, King George V ordered a Royal Navy ship to collect them and the young Prince was carried to safety in a cot made from an orange box, the royal website reported.

Philip went on to have a successful naval career in which he served active duty during World War II. Philip joined the Royal Navy as a cadet in 1939 and from January 1940 to the end of the second world war, he served with the Royal Navy in combat in the Mediterranean and the Pacific, according to the Encyclopedia Britannica. 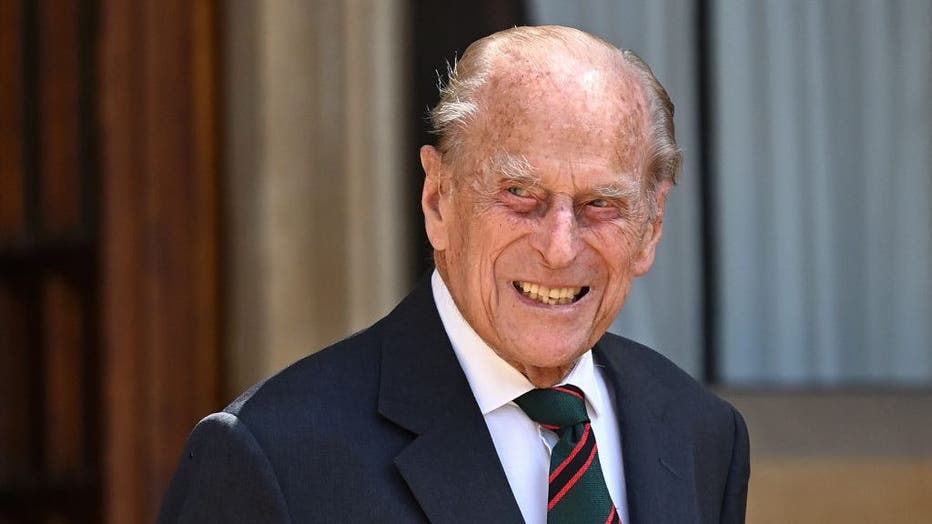 Prince Philip, Duke of Edinburgh attends a ceremony to mark the transfer of the Colonel-in-Chief of The Rifles from him to Camilla, Duchess of Cornwall at Windsor Castle on July 22, 2020 in Windsor, England. (Photo by Pool/Max Mumby/Getty Images)

In 1934, then-Princess Elizabeth and Prince Philip met at the wedding of Princess Marina of Greece and Denmark to Prince George, Duke of Kent, according to the royal website.

In 1947, Philip and Elizabeth became engaged. Before the wedding, Prince Philip was created The Duke of Edinburgh, Earl of Merioneth and Baron Greenwich of Greenwich in the County of London. Four months later on November 20, 1947, they married in Westminster Abbey.

The Queen and Prince Philip have four children. Their eldest is Prince Charles, who is the Prince of Wales, was born in 1948. Princess Anne, who is The Princess Royal, was born two years later. After Elizabeth ascended the throne in 1952, the royal couple had two more children: Prince Andrew, the Duke of York, in 1960, and Prince Edward, the Earl of Wessex, in 1964.

Philip enjoyed robust health well into old age but has had a number of health issues in recent years.

In 2011, he was rushed to a hospital by helicopter after suffering chest pains and treated for a blocked coronary artery. In 2017, he spent two nights in the King Edward VII hospital and was hospitalized for 10 days in 2018 for a hip replacement.

Philip was last hospitalized in December 2019, spending four nights in the King Edward VII Hospital for what the palace said was planned treatment of a pre-existing condition.

He was forced to give up driving at the age of 97, after smashing into a car while driving a Land Rover near Sandringham estate in January 2019. Philip needed help to get out of the Land Rover but wasn’t injured. A woman in the other vehicle suffered a broken wrist.

During England’s current coronavirus lockdown, he had been staying at Windsor Castle, west of London, with the queen, who has performed duties such as meetings with dignitaries remotely.

Lockdown permitting, the royal household had been planning celebrations to mark Philip's 100th birthday on June 10.