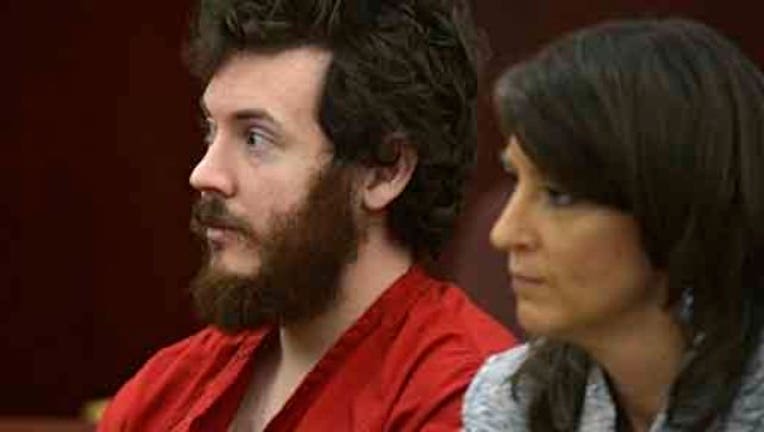 CENTENNIAL, Colo. (AP) -- Prosecutors in the Colorado theater shooting trial rested Friday, concluding their argument that James Holmes methodically planned and executed the 2012 massacre in a case that relied heavily -- over defense objections -- on victims' recollections of the carnage he inflicted inside the darkened cinema.

Over the past eight weeks, prosecutors weaved the testimony of experts and psychiatrists with the personal stories of survivors to try to convince jurors that Holmes was sane when he opened fire on a midnight showing of the Batman film "The Dark Knight Rises." The former neuroscience student killed 12 people and wounded 70.

The prosecution called as their last witness Ashley Moser, who was paralyzed and suffered a miscarriage in the attack. Her 6-year-old daughter, Veronica, was killed.

Moser came to the witness stand in a motorized wheelchair. She described hearing what she thought were kids setting off fireworks in the theater, and wanting to leave. She reached for her daughter's hand, but it slipped away.

Moser then recalled standing up and getting hit in the chest. "I remember falling and landing on her," she said.

Holmes' lawyers will now begin calling their own psychiatrists and presenting other evidence to argue Holmes was in the grips of a psychotic episode at the time of the shootings and should be found not guilty by reason of insanity. They plan to begin their case Thursday.

The defense says Holmes' mental illness distorted his sense of right and wrong, a key factor the jury must consider in determining if he was sane. Holmes' attorneys say he should be committed to the state mental hospital.

Prosecutors are seeking the death penalty.

Holmes abandoned a prestigious graduate program at the University of Colorado-Denver before he opened fire at the suburban Denver movie theater where more than 400 people were watching the midnight premier.

Prosecutors showed jurors nearly 21 hours of Holmes' videotaped interviews with a state-appointed psychiatrist who concluded Holmes was seriously mentally ill but legally sane at the time of the shooting.

On the video, Holmes said he felt nothing as he took aim at fleeing moviegoers. Halting and awkward, he blurted out that he feared being stopped from committing what he acknowledged was a crime.

Prosecutors also took jurors on a video tour of the theater, the camera moving past bodies wedged between rows of seats or sprawled throughout aisles amid spent ammunition, spilled popcorn and blood. The footage, taken by an investigator, zoomed in on bullet fragments, bloody stairs and shoes left behind in the panic to escape.

Prosecutors introduced a brown spiral notebook Holmes kept titled "Of Life," in which he scrawled a self-diagnosis of his "broken mind" and described an "obsession to kill" since childhood.

Holmes made lists of weapons he planned to buy and included detailed drawings of the theater complex, complete with pros and cons of attacking different auditoriums and police response times.

Dr. Lynne Fenton, the university psychiatrist who treated Holmes before the attack, testified she did not have enough evidence to have him detained but was so concerned after he confessed his homicidal thoughts that she violated his health care privacy to call his mother.

Trial began April 27 after three months of jury selection that produced 12 jurors and 12 alternates. Five of those jurors have been dismissed -- three amid concern they were exposed to news of the proceedings, one after her brother-in-law was wounded in a Denver ATM robbery, and one because she recognized a witness. That left 19 jurors, including seven alternates.