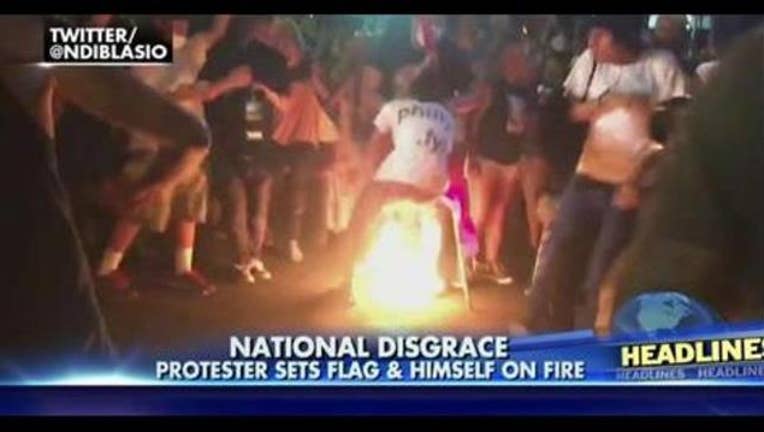 PHILADELPHIA (FOX NEWS) - While President Obama, VP Joe Biden and other top Democrats were bashing Donald Trump and making the case for Hillary Clinton, the protests continued outside the DNC in Philadelphia last night.

A reporter, Natalie DiBlasio, captured the video above as one protester stomped on the burning flag and inadvertently set himself on fire.

Bystanders helped him quickly extinguish the flames as he dropped to the ground in a panic.