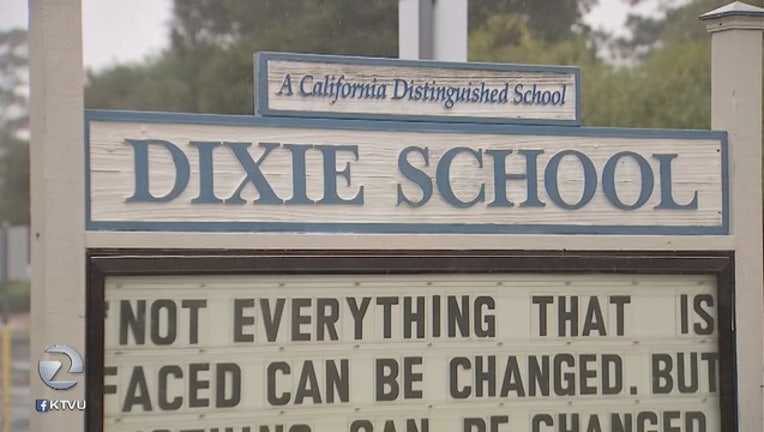 SAN RAFAEL (BCN) - The Board of Trustees of the Dixie School District in Marin County on Tuesday evening will hold a hearing to consider several petitions to change the district's name that some consider racist and a reference to segregation, white supremacy and the pro-slavery Confederacy in the Civil War era.

Opponents of the name change argue the district was named after Mary Dixie, a Miwok Indian woman who had ties to James Miller who built the first schoolhouse in San Rafael in 1849.

Proponents of the name change have submitted 13 petitions, each containing a new name for the school district.

Superintendent Jason Yamashiro researched the 13 names and found some whose names were already taken or close to other existing school districts, infringe on copyrights -- namely Skywalker Elementary School District -- or are named after the Miwok tribe and could be seen by some as
equally controversial.

The issue has also led to a suggestion that school district residents vote on the issue in an election.

The school district was founded in 1864 and its three K-5 elementary schools and one grade 6-8 school serve the communities of Terra Linda, Marinwood, Lucas Valley and a portion of Contempo Marin.

The public hearing is set for 5:30 p.m. at Miller Creek Middle School at 2255 Las Gallinas Ave. in San Rafael.