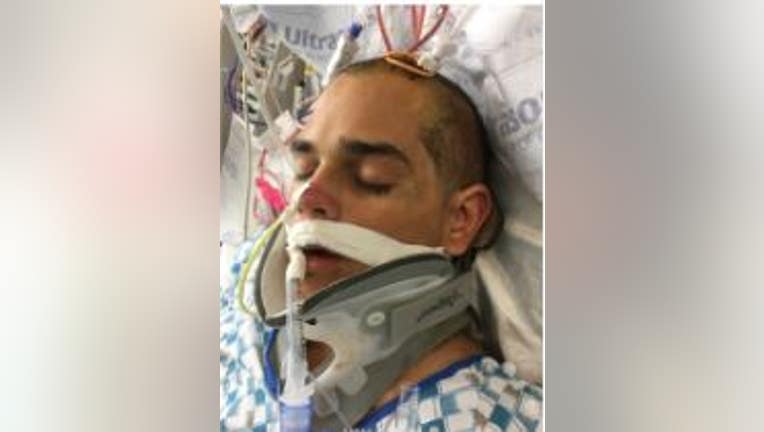 SAN FRANCISCO - Officials with Zuckerberg San Francisco General Hospital are asking the public if anyone knows the identity of a patient.

The man was injured in a collision at about 11:30 p.m. Sunday as
he was riding a bicycle on Sutter Street-between Powell and Stockton-in San Francisco. The man was hit by an automobile, hospital officials said.

The man is about 5 feet 6 inches tall, 160 pounds and probably in
his 20s, with several tattoos. He had longer brown hair than in the photo.

Anyone with information about the man's identity is asked to call
(628) 206-8063 or email Brent Andrew at brent.andrew@sfdph.org.