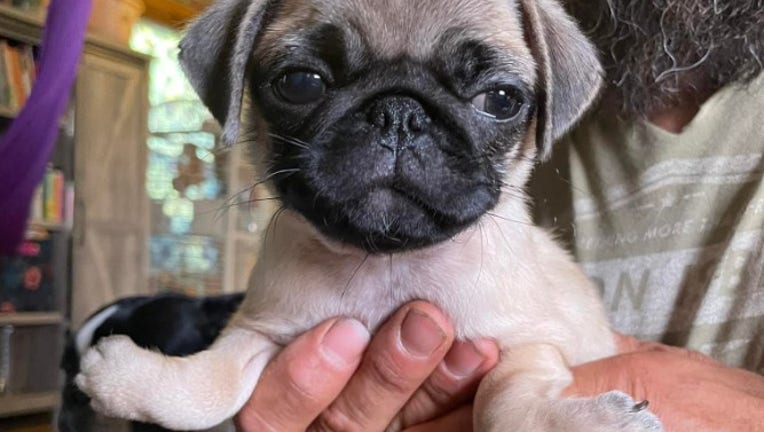 LUTHER, Okla. - A 7-week-old pug named Mila is tugging at the heartstrings of animal lovers after she was born with upside-down paws.

Oliver and Friends Farm Rescue and Sanctuary posted pictures of the puppy on its Facebook page.

According to the rescue non-profit, Mila was born with bilateral luxated elbows, as a result of ligaments not developing properly. The rare condition makes the paws upside-down.

Veterinarians said Mila will need a very long and expensive correctional surgery and rehab but can live a normal life once the birth defect is corrected.

The sanctuary is asking for donations to raise money for the surgery.

"Without surgery, she will never walk, run, or play like a normal dog," the sanctuary said on its Facebook page. "It’s always a bummer when animals are born with deformities, but we feel really good that she landed here with us."

Ironically, the sanctuary said they have seen this rare condition before in another dog, named Milo, in 2019.

"She has the exact same extremely rare condition that Milo had, and will be going through the same surgical correction and rehab that Milo went through," Jennie Hays, the sanctuary’s founder, said in a statement to FOX Television Stations. "We also rescued and continue to care for Milo, who has a normal happy life as a 3-year-old after his surgical correction and extensive rehab." 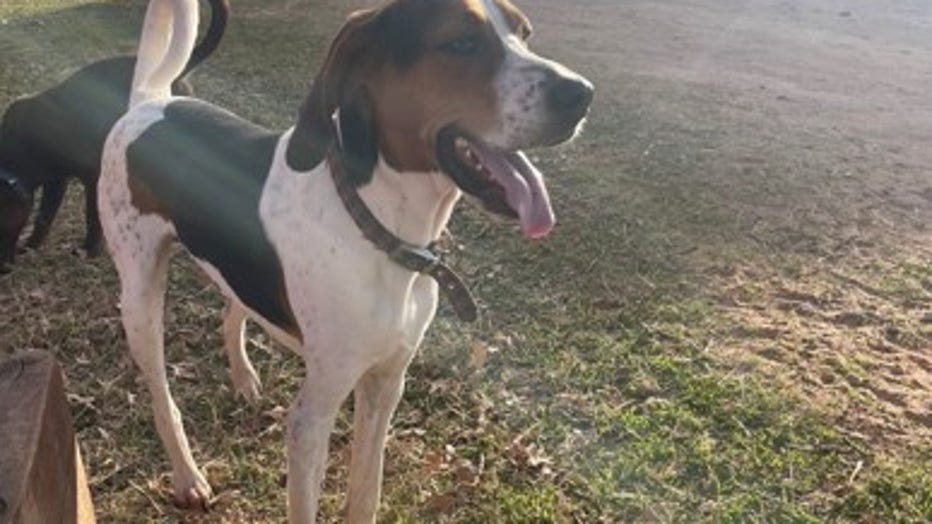 Hays said Mila is scheduled for a CT scan and 3D printing later this week for doctors to properly assess her joints and develop a plan of action. Her surgery will be at Oklahoma State University.