Rain is the talk of the town in the North Bay where many outdoor diners welcomed the much needed change of pace.

OAKLAND, Calif. - If you woke up to rumbling sounds in the sky, you weren't dreaming.

Hail blanketed the ground in Oakland, San Jose and other parts of the Bay Area. Lightning also bolted through the sky in the region. Rainbows dazzled and delighted. Much of the spectacle was captured and shared on social media. 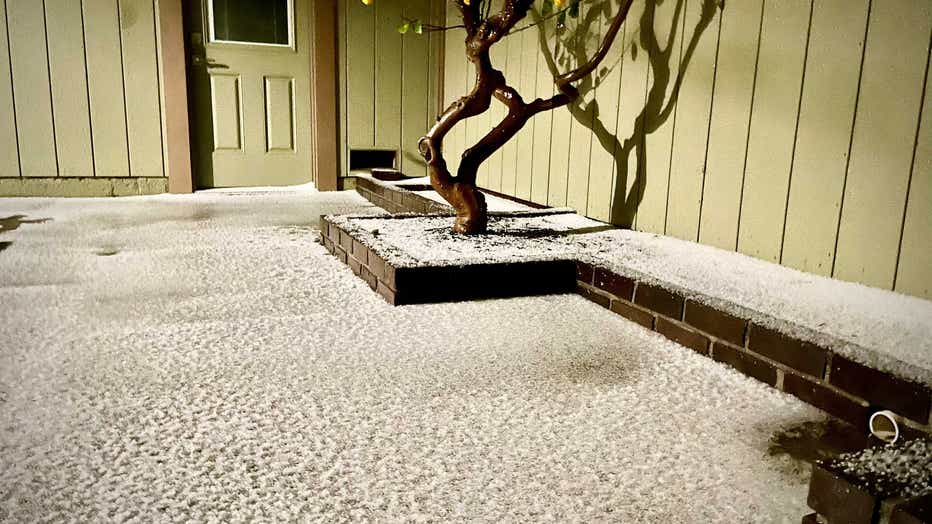 KTVU meteorologist Steve Paulson says that Wednesday will be the "coldest day by far" of the week.

Fortunately this system isn't severe enough to send runoff or slide problems through wildfire areas in the North Bay.

There were weather related traffic issues throughout the Bay Area on Wednesday, but overall the rain, hail and snow in some parts from a late winter storm were the subject of wonder.

Unfortunately, it's not enough rain to offset drought deficits either.  California is likely to face a critically dry year, experts have warned, based on the meager rain and snow that's fallen this winter. 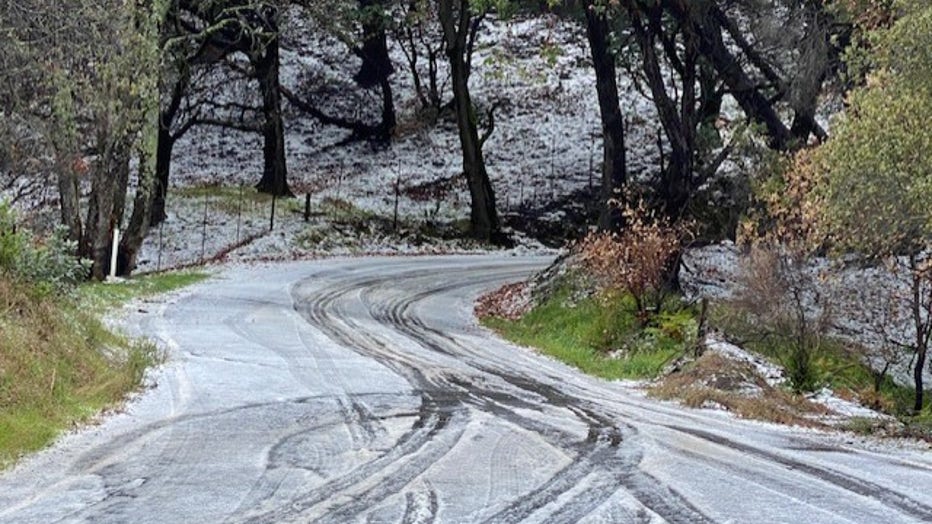 A KTVU viewer submitted photos of Atlas Peak in Napa, calling the snow-topped hills an uncommon sight in wine country. 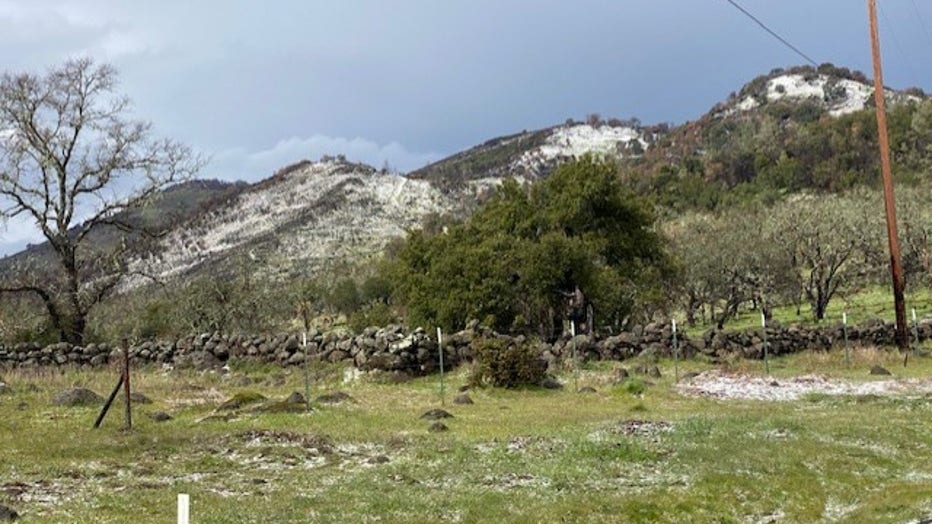