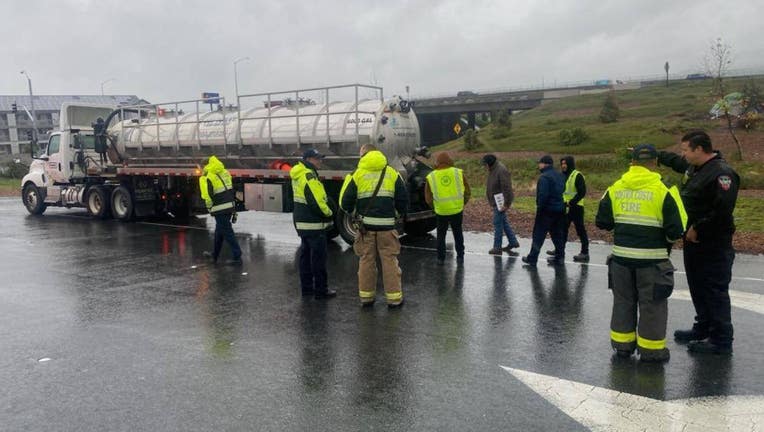 ANTIOCH, Calif. - Contra Costa County Fire Protection District is responding to what they called a "chemical spill" at the westbound Sommersville Road exit ramp from Highway 4 just west of Antioch Wednesday afternoon. The spill actually turned out to be raw sewage.

A truck containing 1,000 to 1,500 of raw sewage from port-a-potties, leaked into a storm drainage ditch, a Confire spokesperson told KTVU. The leak has since been contained. Officials said the biohazard "blackwater" didn't reach the river.

The fire department posted about the incident on social media at 3:17 p.m. They said they were coordinating with Caltrans, California Highway Patrol, and Contra Costa County hazmat teams for mitigation.

Traffic is impacted. Officials said to expect an extended ramp closure and congestion.

Officials said clean up is underway with the county's hazmat team overseeing the process and CHP is working to reopen the exit ramp. 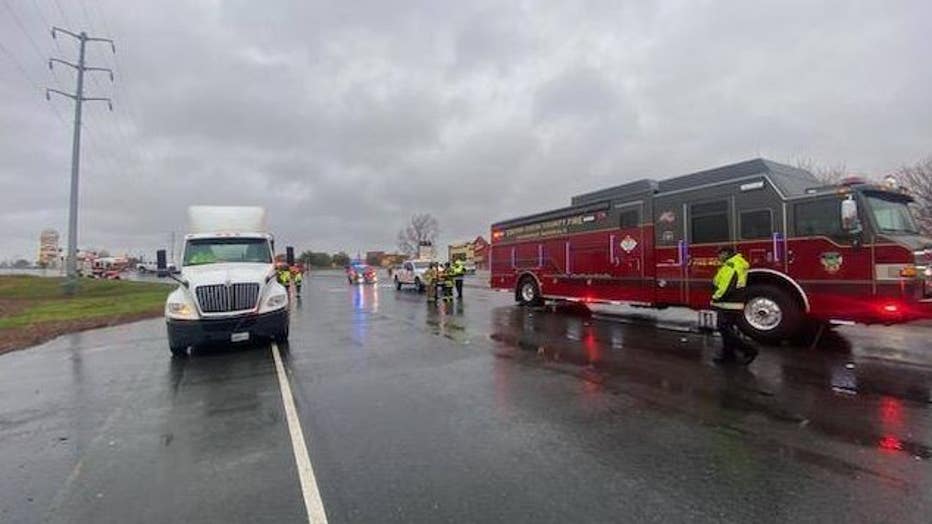 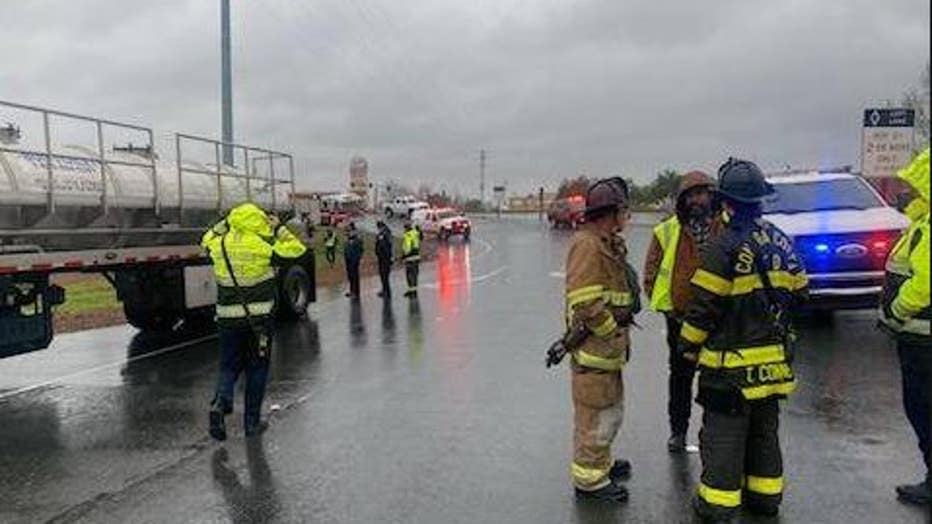