The National Weather Service has issued Red Flag Warnings for the North and East Bay hills and the East Bay valleys from Friday night through Monday morning due to weather conditions that pose a risk of wildfires.

The Red Flag Warnings are in effect from 11 p.m. Friday through 6 a.m. Monday and are the first to be issued this year, according to the weather service.

Gusty north to northeast winds, low humidity and high temperatures are expected to combine to create the potentially dangerous conditions.

National Weather Service meteorologist Ryan Walbrun said the first Red Flag Warning of a year typically doesn't come until June or later, but the weather conditions combined with dry vegetation due to a lack of a rainy winter prompted the earlier warning this year.

Temperatures could reach into the upper 80s or lower 90s and "we're not going to get a lot of help from the marine layer," Walbrun said.

The weather service urges people to properly dispose of cigarettes and matches, keep vehicles off of dry grass, avoid using any outdoor equipment that may create sparks, and to not drag tow chains. 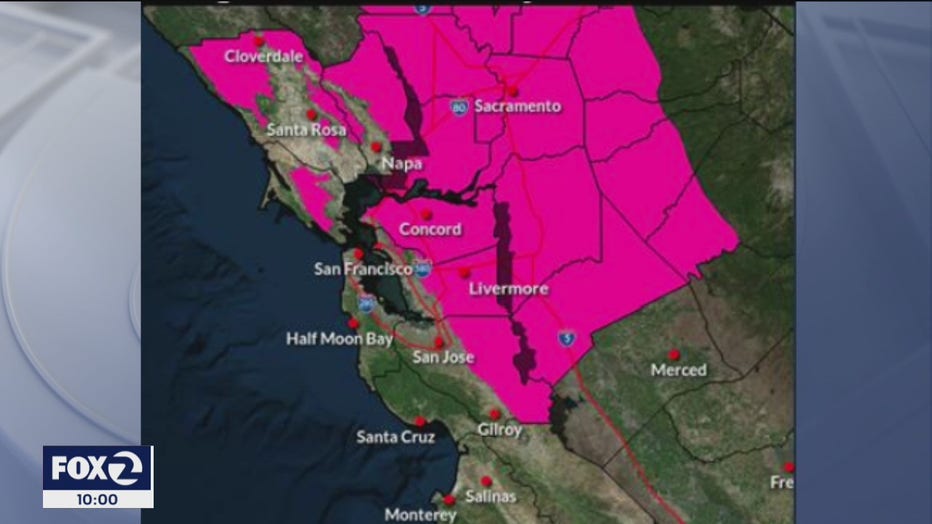