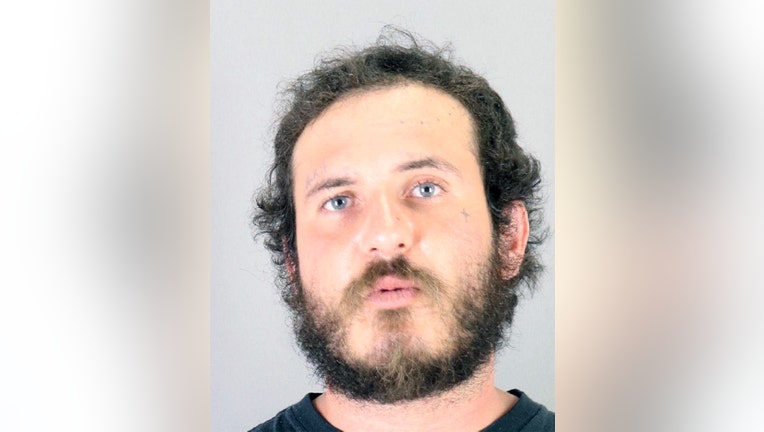 Andrew William Seba Kern, arrested May 11, 2021, on suspicion of assaulting a woman on her bicycle in Half Moon Bay, Calif (Photo from San Mateo County Sheriff’s Office).

HALF MOON BAY, Calif. - A Redwood City man was arrested Tuesday on suspicion of assaulting a woman who was riding a bike along Highway 1 on a trail next to the beach.

Deputies from the San Mateo County Sheriff's Office responded within two minutes of the 9:07 a.m. report and arrested Andrew William Seba Kern on suspicion of several offenses: assault with a deadly weapon, robbery, intimidating a witness and committing a felony while on bail.

A press release from the office reported that the investigation found that Kern ran across Highway 1 and tackled the woman while she was on her bike. She fell down a rocky embankment toward the beach.

Kern then took her bicycle and threw it on her as she was yelling for help, police said.

Witnesses on the beach and in the water responded immediately to help the woman, at which point Kern menaced and threatened a surfer against helping the victim, deputies said.

Coastside Fire Protection District firefighters provided medical aid to the victim, who was not seriously injured.

Anyone who has information regarding this incident is encouraged to contact Deputy Matthew Kuhl at mkuhl@smcgov.org, or call the San Mateo County Sheriff's Office tip line at 1-800-547-2700.