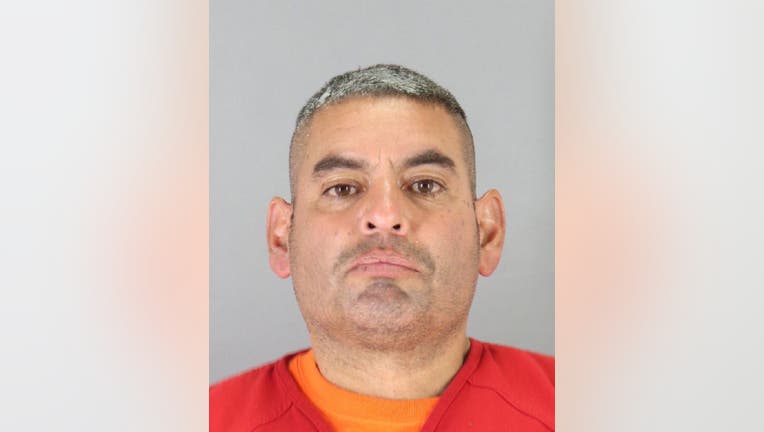 SAN MATEO, Calif. - A 46-year-old transient was arrested after allegedly trying to rape a young girl at a laundromat in San Mateo on Wednesday, according to police.

Ignacio Rosendo Martinez was arrested after officers initially responded at 11:12 a.m. to a report of indecent exposure at Wash and Dry Coin-Op Laundry at 364 N. Ellsworth Ave.

Investigators learned that Rosendo Martinez walked up behind a 10-year-old girl, pulled down his pants, bear-hugged her and thrusted his pelvis toward her for about 25 seconds, police said.

He allegedly tried to pull the girl into a back room, but she was able to break free and run to her sister, and the two went home and told their mom, who called police. Security footage at the business confirmed the assault and helped investigators identify Rosendo Martinez, who they knew from previous contacts.

Officers did not immediately find Rosendo Martinez, but shortly before 2 p.m. were called to an apartment complex in the 200 block of Elm Street about a homeless man trespassing, and found him in a boiler room and identified him as the sexual assault suspect. The victim also later identified him as her attacker, police said.

Rosendo Martinez was arrested and booked into San Mateo County Jail on suspicion of attempted rape, assault to commit rape, attempted kidnapping, contacting a minor with the intent to commit a felony, committing lewd acts by force, willful child cruelty, annoying/molesting a child, failure to register as a sex offender and violation of his parole terms.