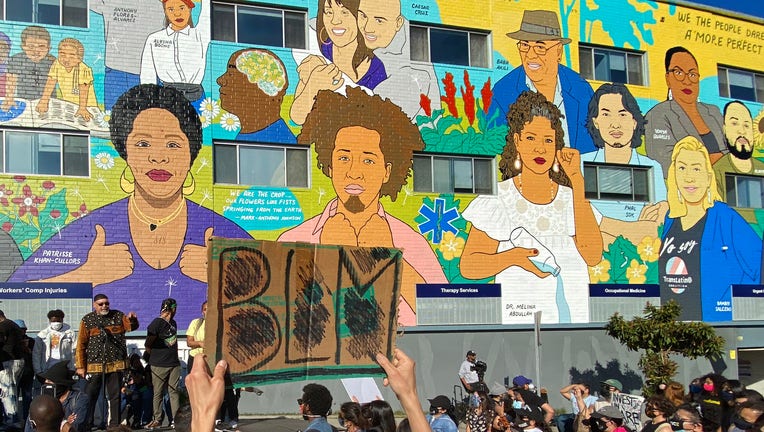 Los Angeles, CA - February 24: Baba Akili speaks during a Black Lives Matter-Los Angeles press conference and rally to launch a campaign against the Los Angeles city police union which represents nearly 10,000 rank-and-file officers in front of the A

LOS ANGELES - A new report excoriates Los Angeles police for the department's actions during protests following the death of George Floyd last summer, blaming the agency for a litany of missteps that should have been addressed after mishandling previous demonstrations.

Protests across the city were largely peaceful, with pockets of violence. Hundreds were injured or accused police of violating their rights during clashes and mass arrests. The report, commissioned by the City Council and completed by former top brass at the department, was released Thursday.

The LAPD had entered into several settlement agreements after confrontations with protesters over the last 20 years, dating back to the 2000 Democratic National Convention. The department agreed to reforms, but the report found that police officials had not kept up with them for several years and some of the same issues surfaced during the summer's civil unrest.

"It is unfortunate that the same issues have arisen again and again, with the department being unable or unwilling to rectify the problem," the report said.

The report specifically faulted the department for failing to train officers adequately in the use of hard-foam projectile weapons, as well as placing commanders on the streets although they did not have recent crowd-control instruction.

Mass arrests of protesters without a clear plan left demonstrators detained for hours, even as some were only held on citations according to the report. Undercover officers in secret "shadow teams" were dispatched into crowds without the ability to communicate their intelligence.

The LAPD did not immediately have a comment Thursday in response.