OAKLAND, Calif - Health experts are emphasizing the critical importance of wearing masks as state and local governments continue to ease restrictions put in place to stem the spread of COVID-19. 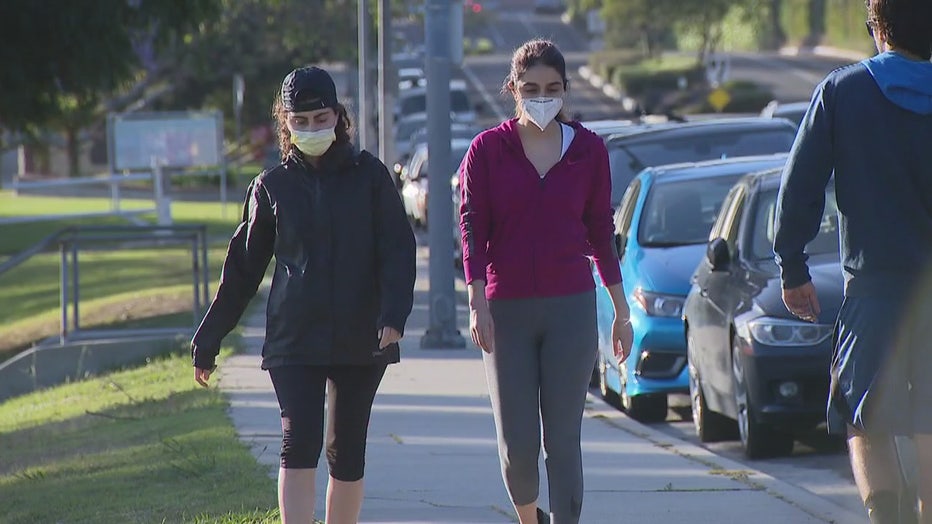 Across the country and in parts of California, there have been spikes in the number of cases in recent weeks.

And while there have been imminent concerns of a coronavirus surge due to the large protests that have come in the wake of the police killing of George Floyd in Minneapolis, experts said the recent increase in numbers can be attributed to before that, when states began taking strides toward reopening.

“It’s not so much related to the protest, but related to the week before Memorial Day when things did open up,” explained Dr. David Witt, lead epidemiologist with Kaiser Permanente Northern California. “There is a narrative that the protests are giant in size, and while they are an issue with a lot of people out together in a close spot, this is not something you see in one incubation or two,” Dr. Witt added. The incubation period for COVID-19 is on average 5 days, but can be up to 14 days.

Other figures have shown that areas that have seen large protests, so far have not been hit with a notable increase in cases. In Minnesota, from tests of 3,300 people who attended protests, preliminary figures from last week showed that 1.4 percent tested positive for the coronavirus. That’s almost three times lower than the 3.7 positivity rate from tests conducted on a wider population of more than 13,000 people.

Many observers have noted that a majority of protesters were wearing face coverings in places like the Bay Area and New York City, where local jurisdictions have implemented masks requirements.

This, as there has been increasing data about the effectiveness of masks to mitigate the spread of the coronavirus.

The study published in the journal Proceedings of the National Academy of Sciences concentrated on the three epicenters of the pandemic from January to May: Wuhan China, Italy and New York City. Researchers concluded that wearing masks could be the key to determining the spread of the disease.

“This protective measure alone significantly reduced the number of infections, that is, by over 78,000 in Italy from April 6 to May 9 and over 66,000 in New York City from April 17 to May 9,” the study said, adding, “the difference made by implementing face covering significantly shapes the pandemic trends worldwide.”

Since the arrival of the pandemic in the U.S. there have been mixed messages from health agencies on whether people should wear masks.

“The message on masking from the top down has been varied,” said Dr. Witt. “This has been a disjointed effort,” he said, including from the CDC, which initially sat on the sidelines when it came to issuing guidelines on the practice. “They would normally provide a model that everyone would approach, but with their sidelining we don’t have anyone to do that.”

There have also been growing concerns about the politics surrounding mandates requiring masks. Last week, Orange County rescinded its health order mandating face coverings, after the county’s health officer resigned following intense public backlash and reportedly even death threats from those who opposed the move, citing an infringement of their freedom.

The county downgraded its guidelines and now “strongly recommends” residents wear a face covering when in public.

“In contrast to China, wearing of face masks was not mandated and was unpopular in most of the western world during the early outbreak of the pandemic,” researchers noted in their study.

In fact, President Trump himself has appeared at many events, without a mask on and received criticism for not adhering to recommendations put out by his own pandemic experts.

“Unfortunately, it's been politicized,” said Dr. Witt. “We’re also Americans so we don’t like to be told what to do.”

He acknowledged that there will be increased resistance to wear masks, as more things open up and more people are out and about. He noted that in places like China and South Korea, it’s a more readily acceptable practice, as residents have long used face coverings to protect themselves from dense pollution, as well as disease like the SARS outbreak in 2002.

And as the pandemic stretches on, along with the onset of warmer temperatures, and as people travel from outside the area, it will be more of a challenge to get people to wear masks, even in places where face coverings are mandated. 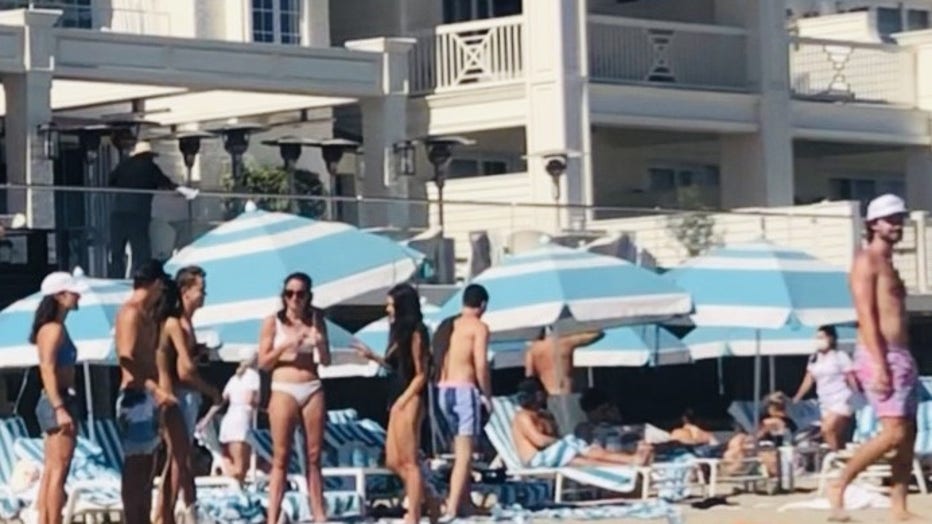 “We’re required to, but as you’re out, you realize, fewer people are out there wearing masks,” Dr. Witt said. And he pointed to how effective even getting a portion of the population to wear masks would be toward mitigating the spread. “75 percent will still dramatically decrease transmission,” Witt explained.

As the pandemic moves into its sixth month in the U.S., there’s also a warning that people are beginning to let their guard down, as restrictions ease.

“I’m very concerned that there is a visceral believe that we’ve passed the peak,” said Dr. Witt, stressing that with nearly every pandemic, the subsequent wave brings on an even higher peak.

“We’ve seen a gradually decreasing plateau in Northern California,” Witt said, “but I’m not sure that we’re done with the first [wave].”

He stressed the need for the public to practice preventive measures until a vaccine arrives.

At the same time, he also cautioned against overreacting and advised people to use common sense. “Transiently passing somebody is not a risk. Come home wash your hands, use alcohol de-germer. Wash your hands regularly if you’re touching things, especially using public transportation,” Witt advised.

He said people don’t have to wipe down every product when they shop, unless it’s an item that’s been touched numerous times. And he recommended soap and water is good to clean fruits and vegetables.

Those who attend protests, should also avoid yelling, according to Witt, who explained that the more forceful the breathing, the easier the virus can be spread, which he cited as a driving reason for runners to wear masks when they’re outside exercising.

“You are protecting yourself, but that protection of yourself is not as great as the protection you are offering others,” Witt said. “Wearing a mask is very good but also socially distance,” Witt said. “Mask plus 6 feet.”