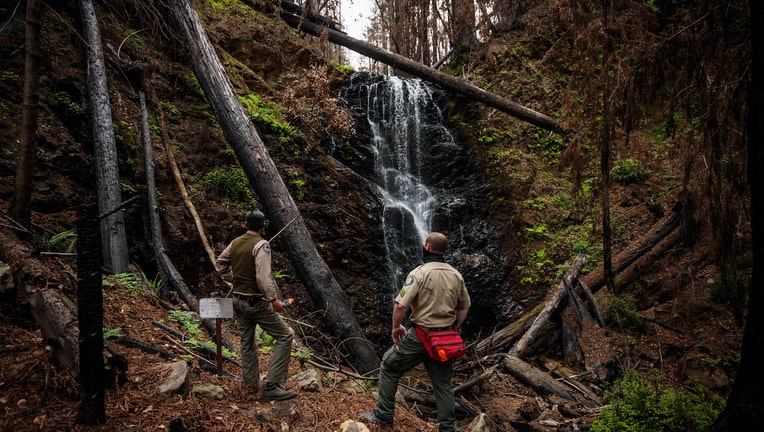 Big Basin Redwoods State Park is closed, but during a backcountry guided tour earlier this week, clusters of chartreuse shoots were budding on blackened redwood branches and trunks. Bright yellow bush poppies, white violets and star lilies dotted the scorched landscape. Hillsides of purple California lilac shrubs were fixing nitrogen in the soil. And new Knobcone pine trees, which need temperatures above 350 degrees to pop open their cones and drop their seeds, were sprouting.

Scientists, parks advocates and conservations say the resiliency of Big Basin Redwoods State Park is cause for hope well beyond the Santa Cruz mountains. In California, COVID-19 infections and deaths have dropped rapidly as a widespread vaccine rollout appears to be turning the corner. And in the burned communities that lost homes in last year’s fires, construction vehicles crowd narrow roads to lay new foundations.

At first glance, Big Basin Redwoods State Park is a mess. The entire 18,000-acre (7,284-hectare) park, which has about 1 million visitors a year, burned hard and fast for 24 hours and is still smoldering in a few spots, causing nearly $200 million in damage.

Since last August, damage assessors have been trying to identify what toxins, hazards and other waste needs to be removed. The park doesn’t look much different than it did a week after the fire, when an Associated Press reporter and photographer hiked the renowned Redwood Trail and confirmed that most of the ancient redwoods, about 2,000 years old and among the tallest living things on Earth, had survived.

The next eight to 10 months will be spent cleaning up the park, hauling out hulks of charred vehicles, rubble from collapsed roads and bridges and damaged campground structures. It will be up to a year before the public is allowed any safe access on trails beyond a small coastal area of Rancho Del Oso, which should open around Memorial Day, State Parks District Superintendent Chris Spohrer said.

But no one should expect a straight rebuilding of what was lost, he said.

"Everything is on the table," Spohrer said. "We need to be setting expectations for the public that when they come back, it will not look the same."

When Big Basin opened in 1902, it marked the genesis of redwood forest conservation. But ideas about buildings, layout and land use have changed over 119 years.

"Think of it as reimaging and re-envisioning, not rebuilding," Spohrer said.

"I’d hate to ever suggest we think that a fire is a good thing, but there is no question it wiped the slate clean — and that’s something you just don’t see in any other existing park," said Sara Barth, executive director of Sempervirens Fund, which in 1900 spearheaded efforts to protect six square miles (15.5 sq. km.) of old-growth redwood forest that is now in the center of Big Basin.

The state now can consider ways to make it more equitable and accessible to people who haven’t, in the past, been visiting, Barth said.

"When Big Basin was established, it was a beacon for the state parks system," she said. "In this fire and rebirth, you have an opportunity again."

Sam Hodder, president of Save the Redwoods League, said the public can take inspiration as the forest quickly recovers.

"The trees themselves will tell about resilience and recovery and the broader California landscape," he said. "While this is a difficult and heartbreaking situation to be in, it does give us an opportunity to think about doing things differently, that takes into consideration climate resilience and acknowledges that fire is an inevitable inhabitant of this landscape."

Redwoods are designed to be fire resistant. In old-growth forests, most trees have burn scars dating back hundreds of years.

On Aug. 19, 2020, as trees ignited and animals fled, the only sounds in Big Basin were the roar of wildfire and the thundering crash as large trees fell.

These days, treetops are filled with birdsong. And on the forest floor, the lizards, skinks and salamanders that buried themselves deep in decayed organic matter as fire rolled by above are clambering back into the creeks. 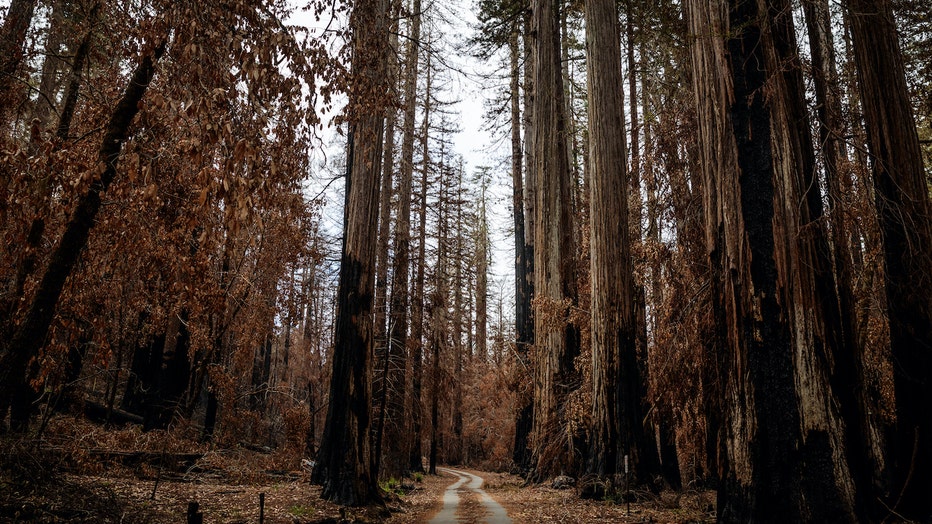 A park road in Big Basin Redwoods State Park in Boulder Creek, California on April 22, 2021. Most of the park burned in 2020's CZU Complex wildfire. Photo: Save the Redwoods League 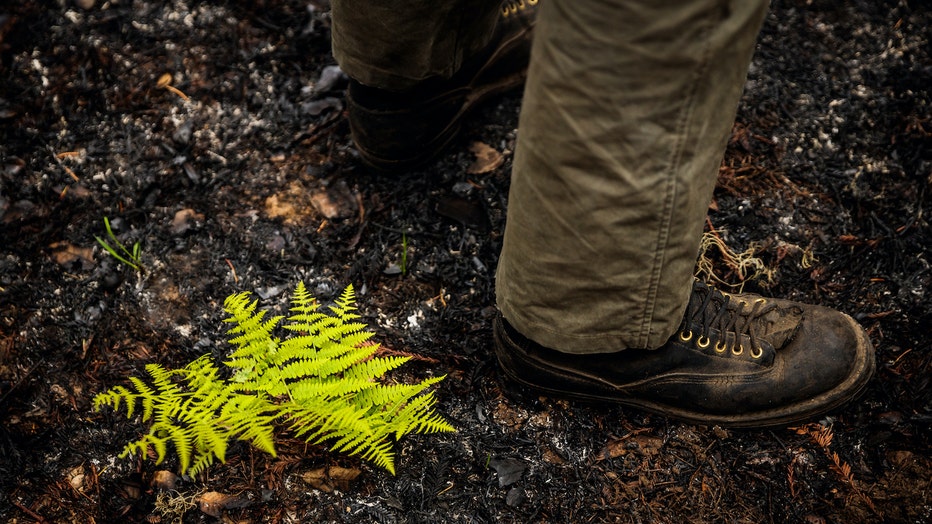 New growth in Big Basin Redwoods State Park in Boulder Creek, California on April 22, 2021. Most of the park burned in 2020's CZU Complex wildfire. Photo: Save the Redwoods League 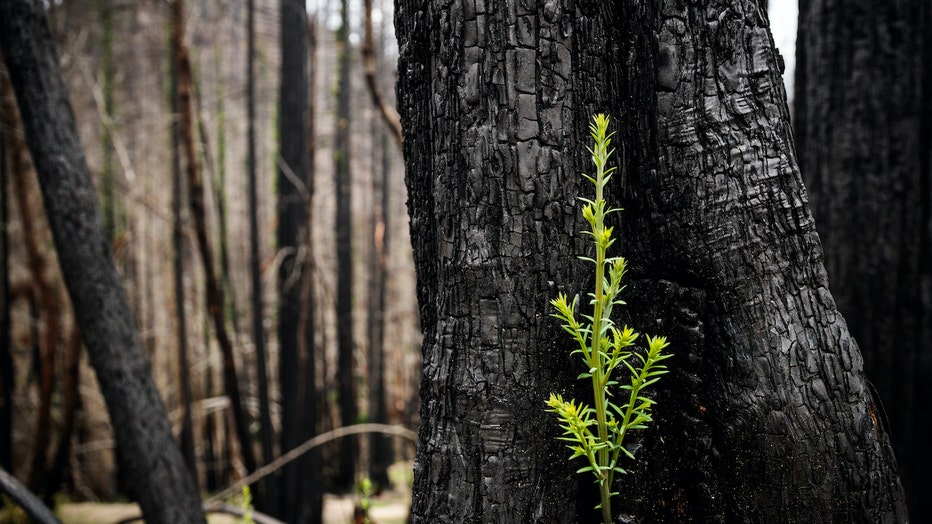 New growth on burned redwood trees in Big Basin Redwoods State Park in Boulder Creek, California on April 22, 2021. Most of the park burned in 2020's CZU Complex wildfire. Photo: Save the Redwoods League 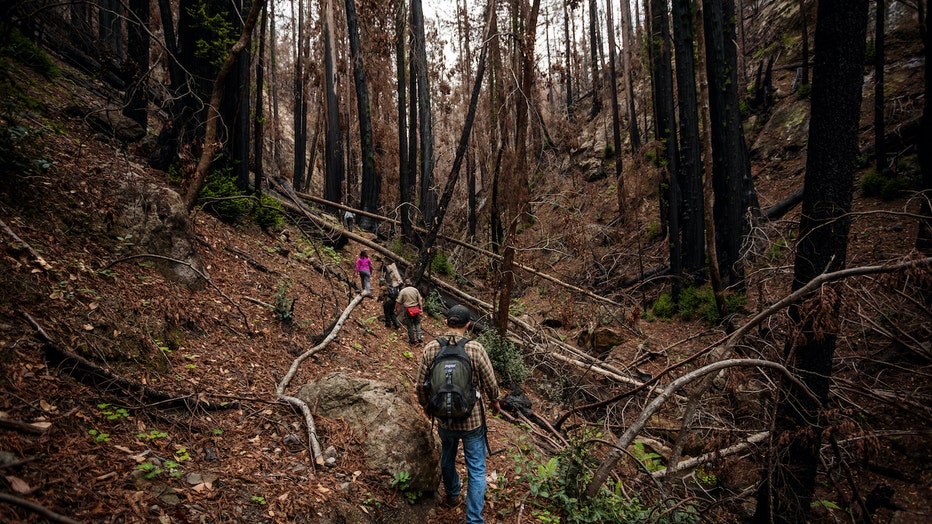 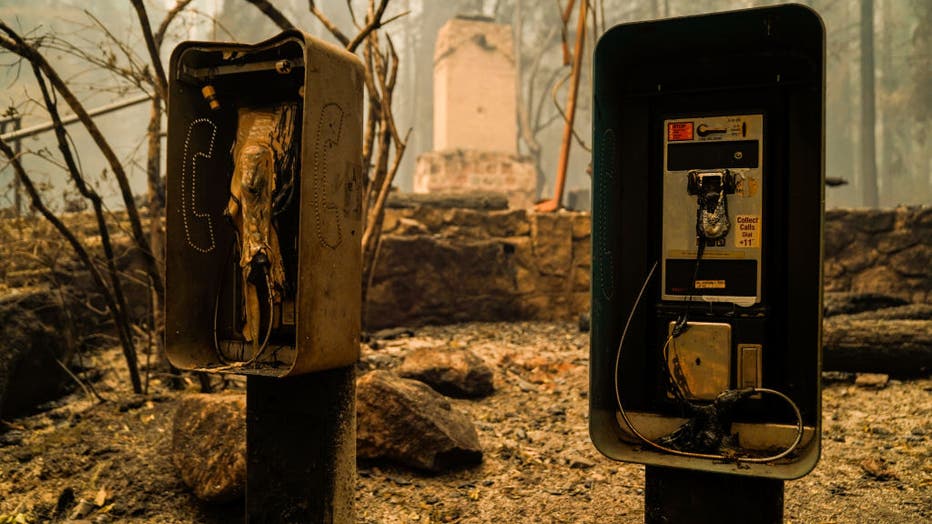 BOULDER CREEK, CA - AUGUST 22: The Big Basin Redwoods State Park Headquarters & Visitor Center which was built in 1936 was one of the structures lost to the blaze that tore through the state park, photographed on Saturday, Aug. 22, 2020 in Boulde 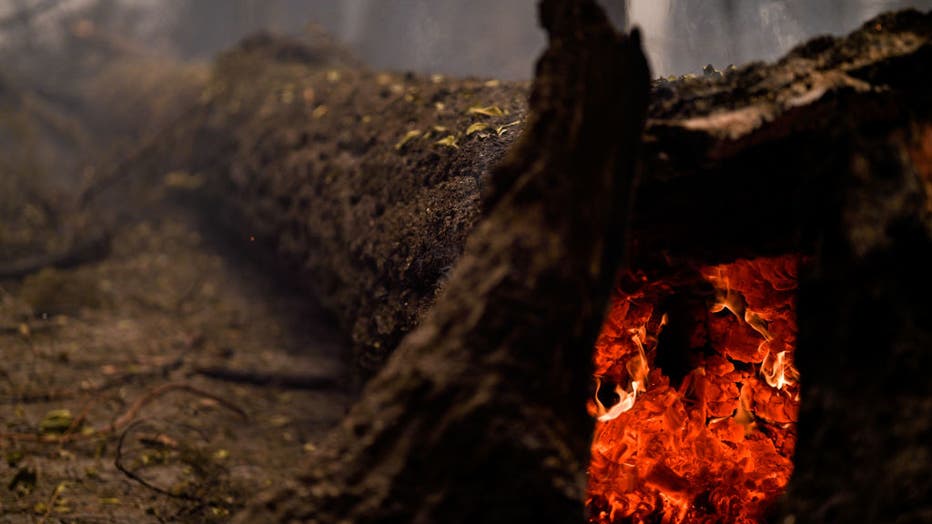