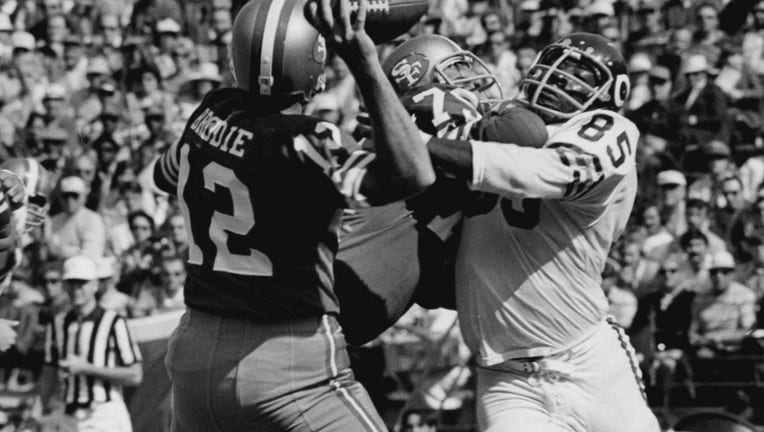 Banaszek was chosen by the 49ers in the first round of the 1967 draft out of Northwestern University.

He is one of 51 players in the 10-Year Club of the 49ers, which honors all players who spent 10-or-more years with the team.

Banaszek was an assistant offensive line coach for the 49ers in 1981, when the team won Super Bowl XVI.

He is survived by his wife, Diann; children, Cas Jr. and Jennifer; brother Ken; and grandchildren Emma, Jane, William and Gabrielle.