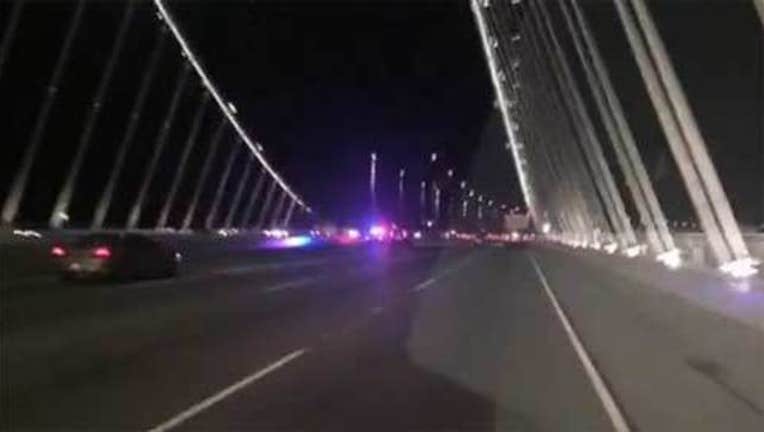 SAN FRANCISCO (KTVU and wires)-- A vehicle that police said was being driven by robbery suspects struck a pedestrian on Market Street Tuesday evening before fleeing across the Bay Bridge, according to police in San Francisco.

At 10:32 p.m., officers in a marked police car began following a suspected robbery vehicle near the corner of 8th and Market streets, according to police.

The vehicle fled from officers and immediately struck a pedestrian, police said.

Officers followed the suspect vehicle, a blue four-door BMW, as it traveled across the Bay Bridge, but lost sight of the vehicle near the Interstate Highway 580 split, according to police.