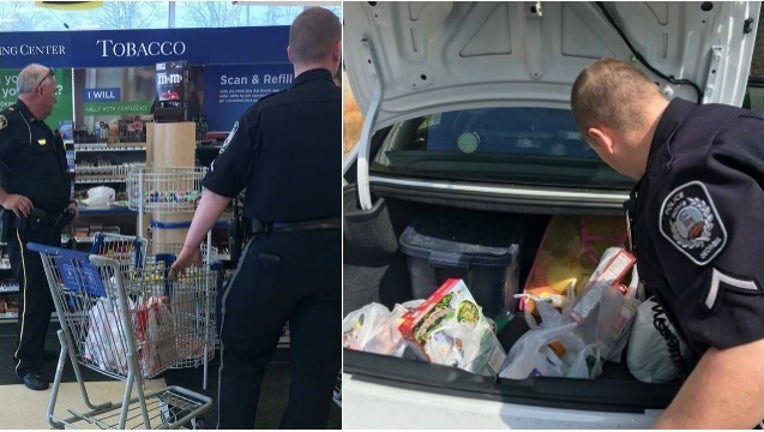 ROME, Ga. - Two Rome police officers went above and beyond the call of duty recently to help out a local resident in need.

Lieutenant Walters and Officer Brunson caught a 14-year-old shoplifting candy from a business in Rome. According to police, the teen gave the candy back after he was caught.

"Lt. Walters spent well over $50 getting him enough groceries to last a week," Rome police said on Facebook, sharing two photos of the officers buying the groceries.