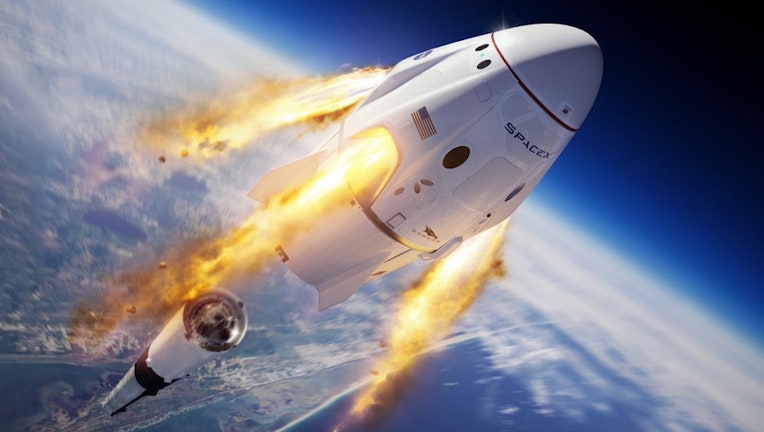 CAPE CANAVERAL, Fla. - Rough seas prompted SpaceX on Saturday to delay the emergency escape test of its new crew capsule by a day.

The Falcon rocket was supposed to blast off Saturday on a 10-minute flight to demonstrate the capsule's emergency escape system before astronauts climb aboard in a few months. But the wind and waves were too high in the recovery area out in the Atlantic.

Once launched, the capsule will catapult off the rocket and, if all goes well, parachute into the ocean with a pair of mannequins. The rocket - being recycled after three previous flights - will end up being destroyed.

The test is the last major hurdle for SpaceX before launching two NASA astronauts to the International Space Station. NASA officials said that could happen as soon as March.

Boeing, meanwhile, is still investigating why its Starliner crew capsule ended up in the wrong orbit last month following liftoff. It was the Starliner's first test flight, with no one on board, and the mishap prevented the capsule from flying to the International Space Station.

NASA is looking for SpaceX and Boeing to start flying astronauts to the space station this year. The last time NASA astronauts launched from the U.S. was in 2011; they've been riding Russian rockets in the interim for hefty prices.