Round 2 of possible thunderstorms and hot, hot temps today

OAKLAND, Calif. - Round 2 of lightning and thunderstorms are possible Monday following a rare weekend weather event in the Bay Area, where temperatures felt like Florida, and rainstorms brought fiery flashes from the sky.

Temperatures might reach as high as 102 in areas including Santa Rosa, meteorologists said.

The California Independent System Operator, the state’s electric grid operator, is warning that more rotating outages could come within the next couple of days as the heat wave continues.

Cal ISO would direct PG&E and other utilities to cut power when demand for power outpaces supply.

There was a possibility 210,000 PG&E customers in San Francisco, San Mateo and Contra Costa counties would lose power on Sunday night, but in the end determined that wasn't necessary.

Still, Cal ISO issued a Flex Alert until Wednesday, which means residents should conserve energy from 3 p.m. to 10 p.m. until then.

Flash of lightning in San Francisco

Thunderstorms brought bursts of lightning to the early morning of Sunday, Aug. 16, 2020. Sutro Tower in San Francisco got zapped by a bolt.

In Northern California, moisture from an offshore tropical storm fueled a thunderstorm that brought nonstop lightning strikes early Sunday, some of which ignited small fires and knocked out power across the San Francisco Bay Area.

Wind gusts reached 75 mph  according to the National Weather Service, which said another round of lightning may develop early Monday.

“This is probably the most widespread and violent summer thunderstorm event in memory for Bay Area, & it’s also one of the hottest nights in years,” tweeted Daniel Swain, a climate scientist at the University of California, Los Angeles.

Unsettling weather triggered an unusual warning by the weather service of a fire-induced tornado at an out-of-control forest fire that broke out north of Lake Tahoe on Saturday afternoon.

A massive fire cloud known as a pyrocumulonimbus formed over the fire, which started east of the town of Loyalton, about 40 miles  west of Reno, Nevada. When high winds collided with the fire and whipped it into the air, a spectacular tornado-shaped spiral of flames was formed.

At one point, the fast-moving fire jumped a highway and came dangerously close to a fire truck. A fire crew from Truckee tweeted a video of firefighters dragging hoses as they ran alongside a moving truck that was dodging the flames.

Ryan Peel said firefighters created some defensive space around his slot machine distribution warehouse in Chilcoot, but he was worried the erratic winds could still put his business in the line of fire.

“Yesterday was extremely emotional, as we were at the mercy of the wind and the unpredictability of the fire,” Peel told The Associated Press. “I was stressed and terrified at the idea of losing everything I’ve spent my life working for.”

With zero containment and strong winds in the forecast, he said, “we are not out of the woods yet.” 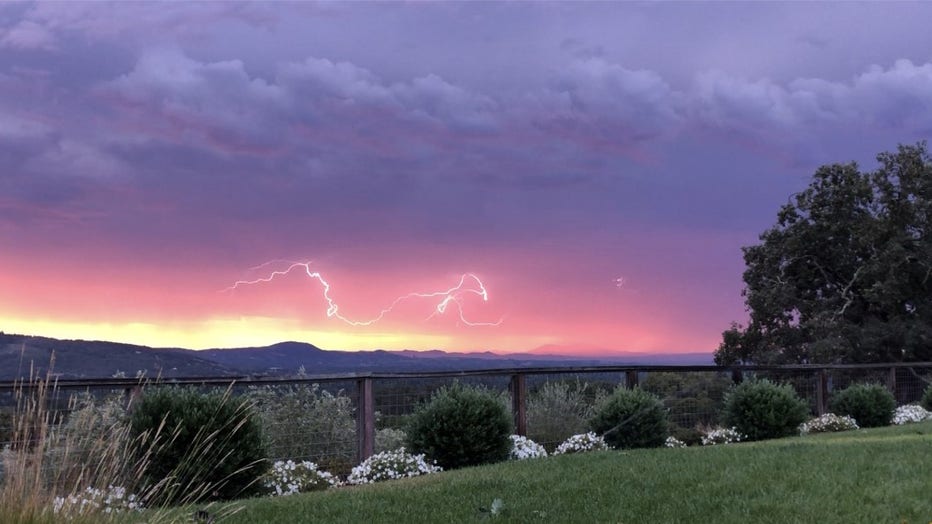 Look at that sunrise and flash f lightning looking east towards Mt. Diablo from the hills above the Sonoma Valley. Aug. 16, 2020 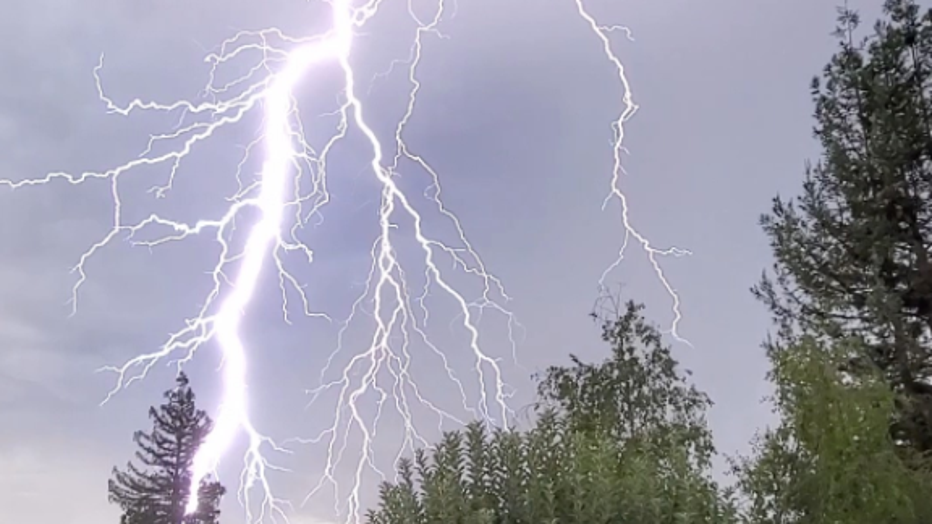 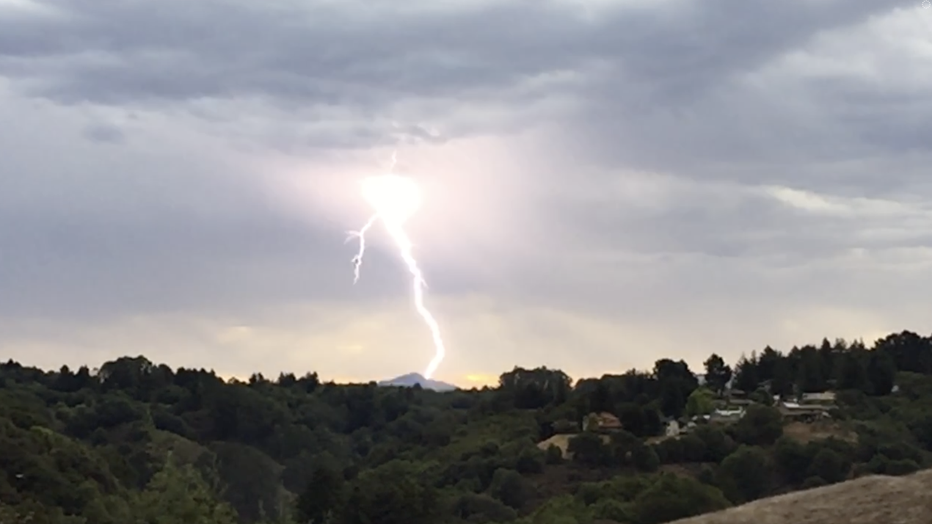 Lightning in Oakland looking towards Mount Diablo on Aug. 16, 2020 (Ted and Stephanie Kreutzer) 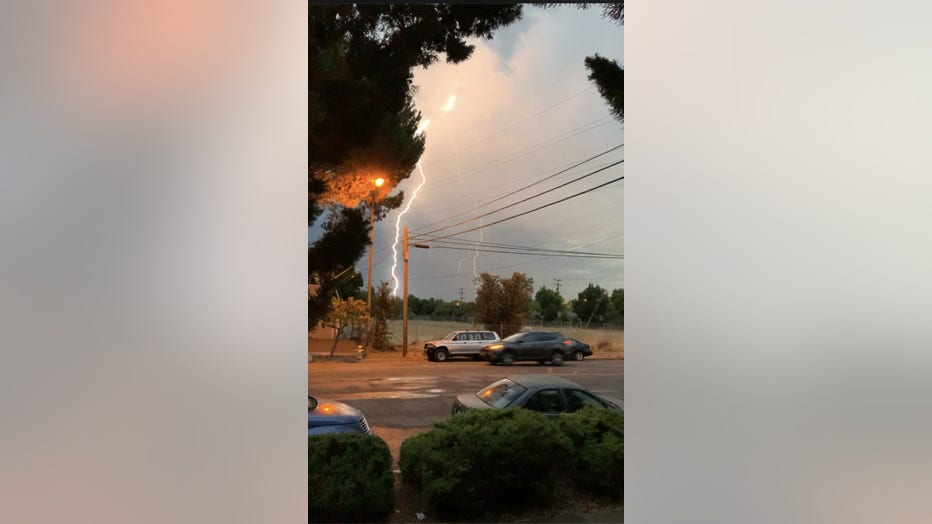