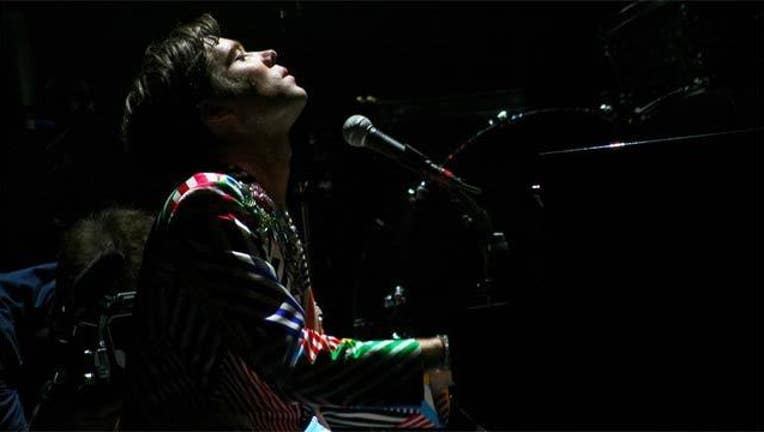 A singer/songwriter whose lush, theatrical pop hearkens back to Tin Pan Alley traditions and classic cabaret style, Rufus Wainwright stands out as something of an anomaly in today's musical landscape. The son of noted folkies Loudon Wainwright III and the late Kate McGarrigle, Rufus has been performing professionally since his early teens.

Raised in Canada by his mother after his parents' divorce, Wainwright toured with mom as part of the McGarrigle Sisters and Family; by the age of 14, he was getting nominated for major Canadian awards for his songs. Signed to Dreamworks after a tape made it into the hands of label head Lenny Waronker, Wainwright has been dazzling fans with his romantic lyrics, superb piano playing ever since the release of his acclaimed 1998 debut.

Wainwright has broadened his successful career over the past few years by carving out his own singular sound in the worlds of rock, opera, theater, dance and film. He composed a musical adaptation of Shakespeare Sonnets with noted director Robert Wilson (a frequent collaborator with contemporary composer Phillip Glass and iconic songwriter Tom Waits) which premiered in April of 2009 and continues to play to sold out houses.

2009 also marked the debut of Wainwright's first opera, the acclaimed character study Prima Donna that has since played in London, Toronto and New York. While he hasn't released a new studio album since 2012's Out of the Game -- arguably his most danceable, pop-oriented recording to date -- the singer has stayed busy, issuing the greatest hits compilation Vibrate: The Best of Rufus Wainwright and his third live album last year. He plays Sunday afternoon in Sonoma at the Gundlach Bundschu Winery.