MORAGA, Calif. - At least one of the victims in a Sunday night shooting in Moraga is a Saint Mary's College student, and the suspect was a fomer student, according to a vice provost at the school.

In an email, Saint Mary's College of California Vice Provost Jane Camarillo, there was one other victim in the shooting at the Rheem Rheem Valley Shopping Center near Starbucks at 470 Road, but more information about that person was not made immediately available.

Moraga Police Chief Jon King identified the suspect as Isaiah Glaze, 21, of Sacramento. He said that Glaze and one of the victims had a "prior dating relationship" and that the motive may have been "domestic-violence" related.

"We are troubled by this news because it involved Saint Mary's students who are known to one another," Camarillo wrote. She said the college is offering support to those students who were victims and she wants to encourage "members of our community to  seek out the resources that are available in light of this disturbing incident."

Saint Mary's College of California is a private Catholic college in Moraga, California. It is affiliated with the Roman Catholic Church and administered by the De La Salle Christian Brothers.

When Moraga police arrived at the shooting, they found two people suffering from gunshot wounds inside a car. The victims and other witnesses were able to tell police that the suspect fled the scene and had ran north. Police found Glaze in a parking lot on the 400 block of Moraga Rd.

The suspect had also been injured, police said, and a firearm was recovered nearby. The police chief said it looked like Glaze had shot himself.

Police say both victims and Glaze were treated by Moraga-Orinda Fire Departement paramedics before being transported to John Muir Medical Center in Walnut Creek. 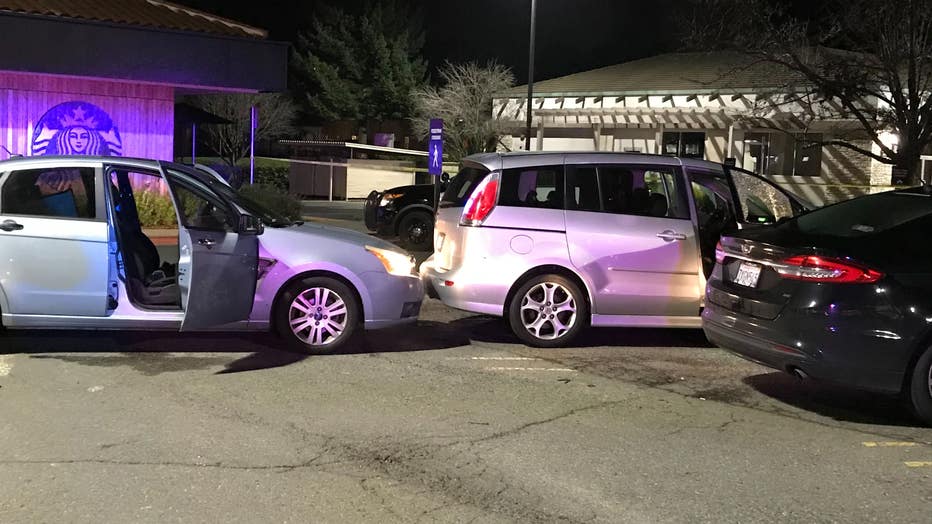