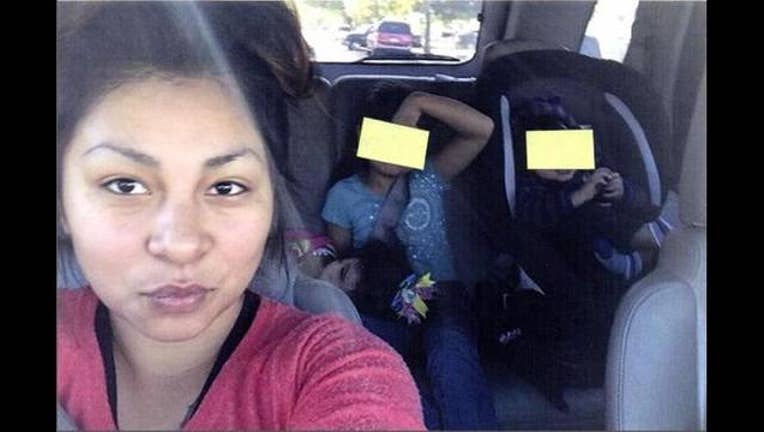 SALINAS, Calif. (KTVU and wires) -- Salinas police are asking for the public's assistance in identifying a woman appearing in a selfie that was taken on a stolen cell phone.

The theft occurred in the 200 block of Main Street back in November, police said.

The victim recently looked through her iCloud account, finding a selfie that shows an unknown woman sitting in a vehicle with three children in the back seat.

The victim said she does not know the woman in the photo and that the woman shown did not have permission to use her phone, according to police.

Anonymous tips can also be submitted by phone to the Salinas Police Department at (831) 775-4222.