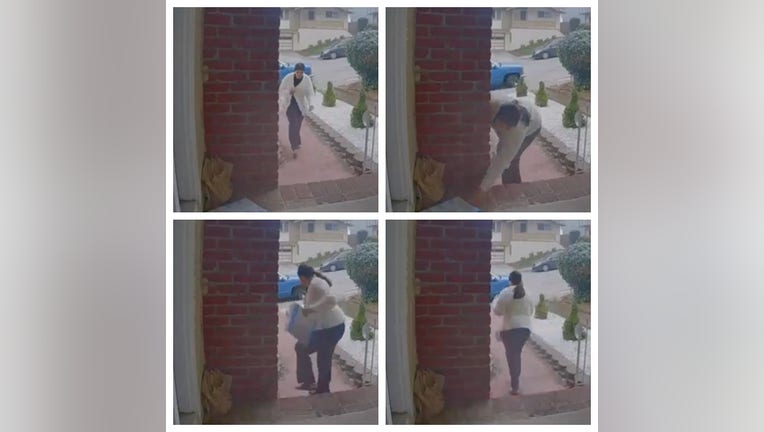 SAN BRUNO, Calif. - San Bruno police sought help from the public Friday to identify two suspects who allegedly stole a package from a residence near the corner of Tulare and Amador drives.

Officers responded to the residence around 12:45 p.m. Wednesday but could not locate the suspects. However, officers did find multiple opened packages strewn about the area.

According to the San Bruno police and security footage from the
residence, the suspects are described as a Middle Eastern woman between the ages of 30 and 40, standing 5 feet 10 inches tall and weighing about 180 pounds and a boy around 10 years old wearing a black T-shirt, black shorts and sandals without socks.

The boy allegedly checked multiple houses for packages in advance of the woman, according to police.

People with information about either suspect are encouraged to
contact the San Bruno Police Department at (650) 616-7100 or by email at sbpdtipline@sanbruno.ca.gov. Tips can be left anonymously.