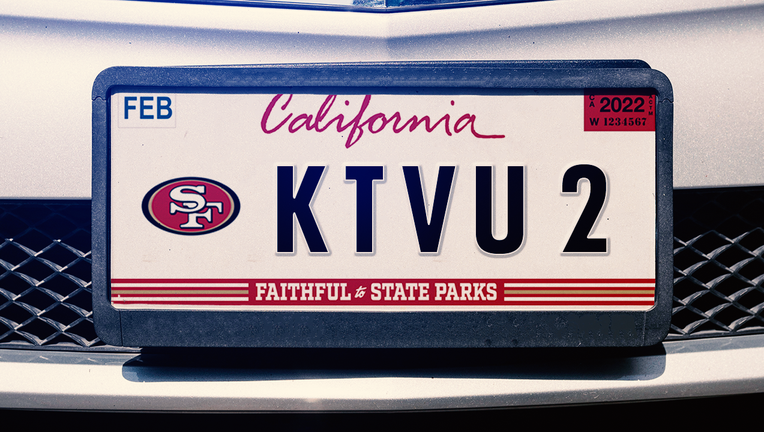 San Francisco 49ers fans can now show their love and support for the team with a specialty license plate.

The California Natural Resources Agency on Monday unveiled the new plates with the 49ers logo on them as part of the agency's efforts to raise funds for state park program.

The plates feature the historic San Francisco oval and a red, gold and white trim reminiscent of the pant stripes on 49ers standard home and away uniforms, the team said.

The Niners need 7,500 motorists to pre-pay for the plates before the Department of Motor Vehicles will print them.

The plates start at $50 and run up to $103 if fans want them personalized.