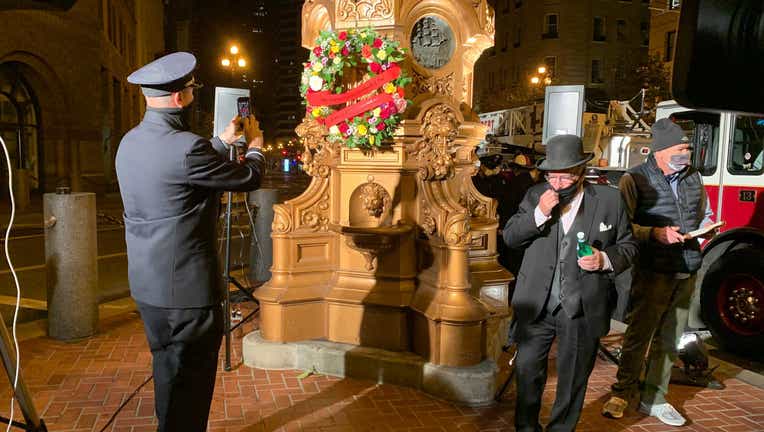 At 5:12 a.m. on April 18th, The Great Earthquake of 1906, and the fires it sparked, destroyed about 80% of the city. Residents woke up to tens of thousands of buildings collapsed and fires raging for days; though a death toll isn’t known, city supervisors agreed to officially document it at at least 3,000 people killed. About 250,000 people were left homeless.

Sunday morning, city leaders gathered to Lotta’s Fountain for a commemorative ceremony. It was smaller than years past due to COVID19 guidelines.

The fountain is said to have been a meeting place for families separated by the disaster. It’s one of the few remaining structures to survive the quake. 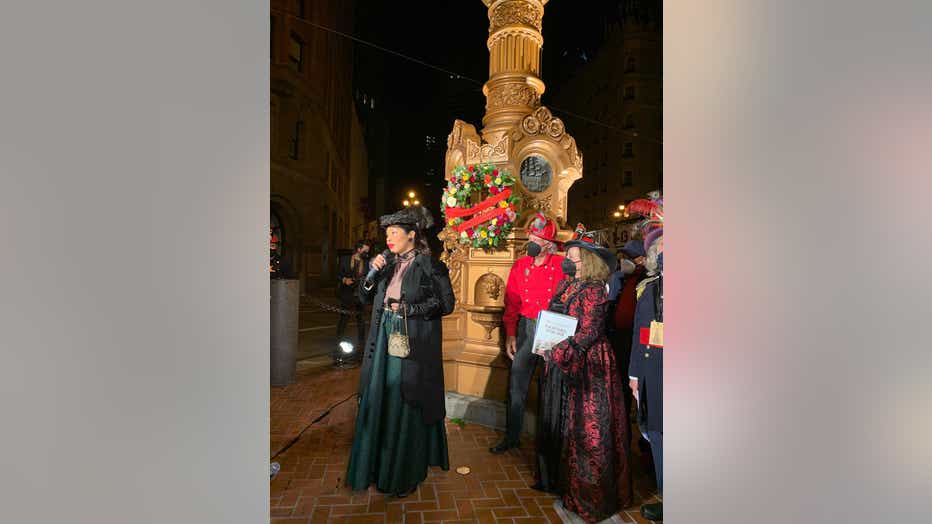 Holding a ceremony at the Fountain, and placing a wreath on it, has been part of tradition since 1915. Former mayor Willie Brown and current mayor London Breed lead speeches. Mayor Breed often compared the resiliency of the people in 1906 to people today dealing with the coronavirus pandemic.

"We go through things, but when the time comes and we need to rise up like the Phoenix we are, we stand strong proud and together and that’s what the people of 1906 did when we rebuilt this city."

Mayor Breed led a minute of silence, about the same duration as the earthquake itself. As per tradition, the silence was ended by fire sirens to honor first responders, followed by singing.