Andrew Speight, 58, was killed when his car got trapped on the train tracks in Burlingame, according to Caltrain. He was hit by a northbound and a southbound train near the Broadway Station, officials said.

"I wish I didn’t have to share this devastating news," said Mrs. Speight. "Our lovely Hurricane Andrew Speight left this world yesterday. Please…. take a moment to pray for his peace."

"I didn’t want to believe it. I wouldn’t take it in. I think I was looking for ways to have it be untrue," said Jeff Kaliss, a friend and music journalist.

Kaliss said ,"It removes an audible life force. There was a way that Andrew played the alto saxophone there was none other like that in the Bay Area."

He said Speight was "Totally expressive, totally sincere and imaginative. He was a brilliant improviser."

Kaliss said his friend was so dedicated that not even the pandemic could stop him from performing for appreciative audiences, by streaming his jazz performances, sometimes from his own living room.

"There were something like 118 straight weekly Sunday sessions," he said.

Modesto Briseno, a friend and fellow musician said, "He was always making things happen, you know, we'd be sitting there after a gig and he'd say 'Well I got this idea,' "

Briseno said, "He made things manifest. He was the kind of guy that we - he'd have big ideas in all areas of life, not just music."

Hundreds of comments poured into the Facebook post announcing his passing. Many spoke of his talent, and how his music moved them. 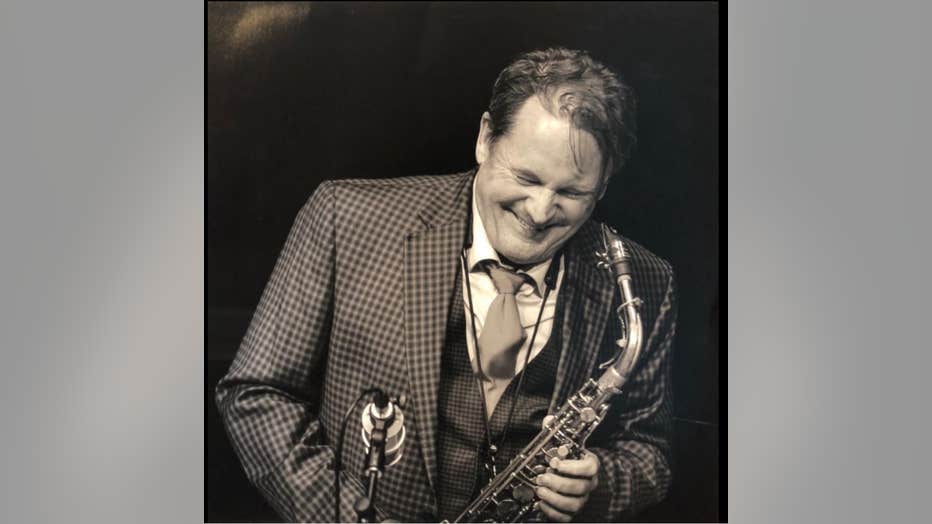 Andrew Speight died Thursday when his vehicle got trapped on the Caltrain tracks in Burlingame. Photo by Kishore Seshadri via Facebook.

"I am in absolute shock." said one commenter. "His music was a light in the world and brought happiness to everyone who listened. May he rest in power!"

Speight's prolific jazz creations were admired by many. He received an ARIA award for his 1998 album Andrew Speight Quartet.

"We just saw him last Saturday night at the new club Keys. Longtime fans, he graciously chatted with us after the show, about possible coming cuts at SFSU, etc. we said farewell, see you soon," said another. "Heartbreaking and soul broken."

Videos of Speight's performances can be found on his Youtube channel.