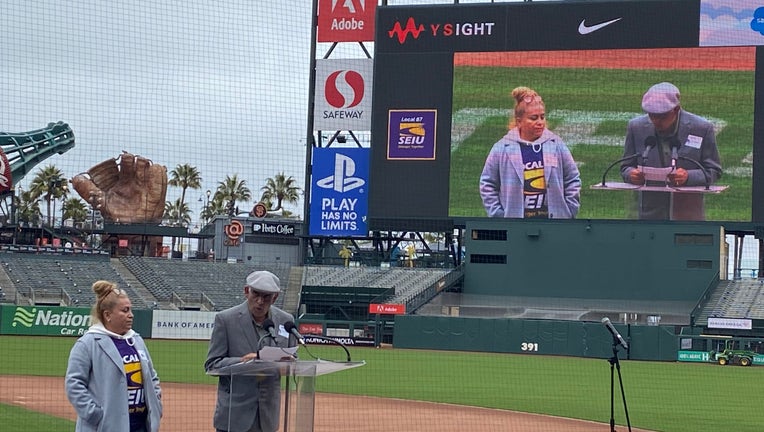 Janitors who belong to Service Employees International Union Local 87 and other leaders spoke at Oracle Park on May 15, 2021. Members of Local 87 voted 257 to 10 to approve a tentative new contract providing increases in wages and benefits. (Photo co

The janitors are represented by the Service Employees International Union Local 87, which conducted the vote on Saturday. Of 267 members who participated online or in person at Oracle Park, just 10 rejected the pact, said T Albert, a communications team member for Janitors for Justice, which helps organize custodial workers across the United States.

"The tentative agreement includes a $3 raise over the lifetime of the contract; janitors who were laid off will get to keep their seniority; they won sexual harassment language including SEIU Local 87 working with [the San Francisco District Attorney's] office to identify criminal acts committed against members on the job, and more," Albert said Saturday afternoon. Albert called the vote and the contract a "huge, huge win."

Janitors will make at least $20.29 per hour, and most will make more, once all the provisions of the four-year contract take effect. In all, it increases members janitors' compensation by more than 4%, including wages, heath care, sick leave and pension provisions, Albert said. 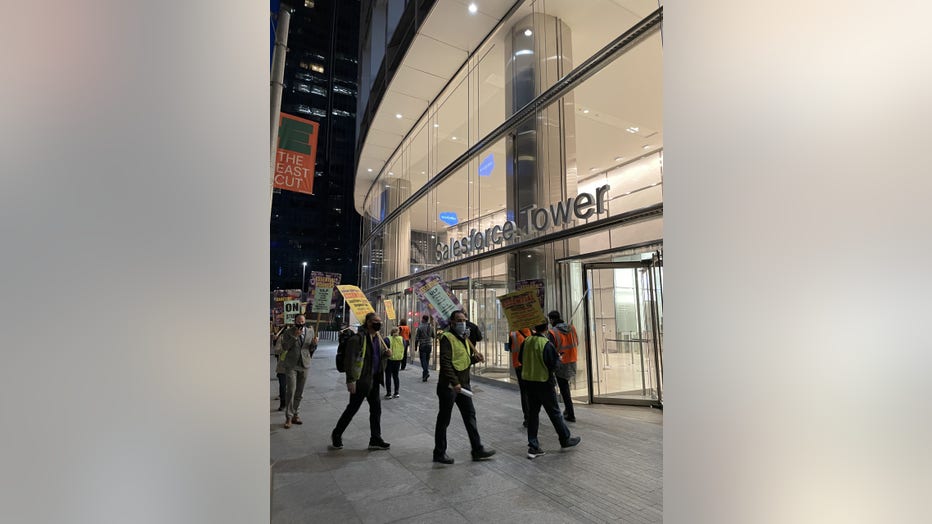 Local 87 has at least 2,500 working members in San Francisco, and an additional 2,500 janitors were laid off during the pandemic, Albert said.

The agreement would be between SEIU and the cleaning contractors that serve owners of many San Francisco office buildings.

"Against all the odds, we kept fighting for ourselves and our families. Our work is hard work, it is skilled work, it is essential work. We risk ourselves to keep everyone safe. We deserve protection too," Ramiro Rodriguez, a janitor and bargaining committee member, said in an announcement put out Saturday morning. "This contract is a step towards winning the respect we deserve."

The covered workers, the majority of them women, people of color and immigrants, clean buildings whose tenants include Salesforce, Facebook and Google, the union said.

More than 700 San Francisco janitors walked off the job in March to protest labor practices amid extended contract negotiations.

In addition to wage increases and labor protections, the janitors were seeking safety protections, including a requirement that ventilation systems be run at night while they are working.