A woman was killed Sunday morning at Larkins and O'Farrell streets.

Officers say someone was killed just before 4 a.m. at Larkin and O’Farrell Streets.

Officers blocked off Larkin from Ellis St. to O’Farrell St. for several hours Sunday as they looked through the scene. There was a heavy focus on one corner where more than a dozen evidence markers lined the sidewalk as investigators collected bags of items and took pictures. 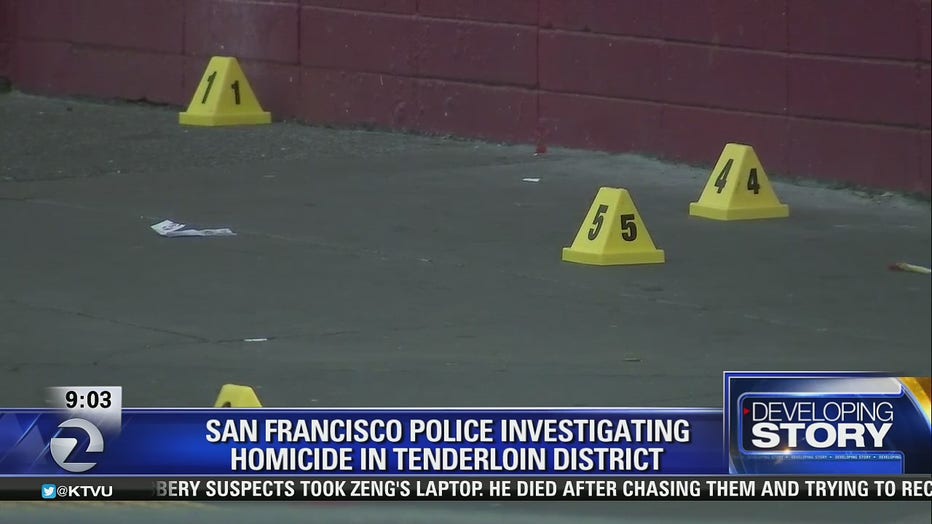 Beyond the crime scene tape, Jenkins was comforted by friend.

“She was an incredible mother, she was great, she was fantastic, she was a fantastic person.”

His hope is for the SFPD to find who did this. “Tell them to do their job and do it well," said Jenkins.

The police department is asking anyone with information on the homicide to contact the tip line at (415) 575-4444.