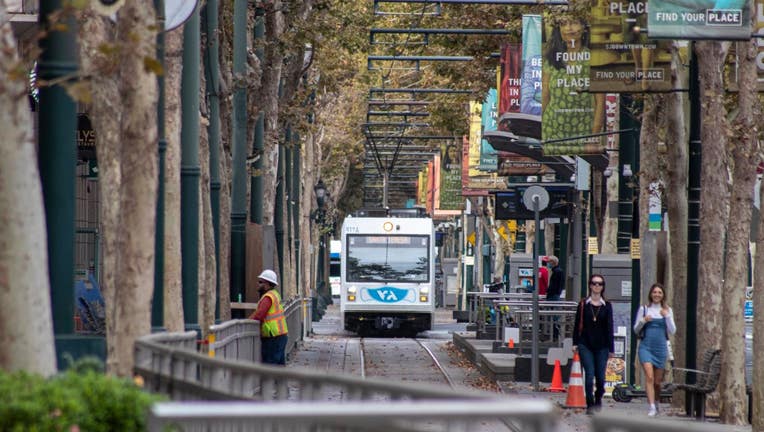 San Jose, CA - The City of San Jose and the Valley Transportation Authority (VTA) are getting ready to mark a grim anniversary. Thursday will mark one year since a disgruntled employee shot and killed nine of his co-workers at the VTA light rail yard.

On Tuesday, there was a moment of silence, and bowed heads, inside the San Jose City Council chambers during a regular council meeting as the city prepares to remember one of the darkest days in its history.  On May 26th, 2021, an employee of the VTA Guadalupe light rail yard opened fire killing nine of his co-workers before killing himself.  A 10th employee died by suicide several months later.

Now the city has officially proclaimed the Thursday, May 26, as a "Day of Remembrance."

"There are no words I can offer that are able to express the profound loss that we experienced last year," said San Jose Vice-Mayor Chappie Jones.  "The community of VTA was challenged, but we rose together and grew in unity," Jones said at the proclamation ceremony.  Also at Tuesday’s proclamation was John Courtney, the president of ATU Local 265 to which many of the victims belonged, as well as Carolyn Gonot the CEO and general manager of the VTA.

"This whole week weighs very heavy on our hearts," Gonot said.  She then read the names of those lost. "We lost 10 that day," Gonot said. "We lost Alex, Abdi, Jose, Lars, Michael, Tim, Paul, Adrian, Tap and Henry" she said. "And with those ten who we lost – and really dearly miss – we have also had the tragedy effect of those other 90 people who were in the yard that day and the other 2,000 employees at VTA," Gonot said.

The nine victims killed at the yard were all VTA employees ranging in age from 29 to 63. They were bus and light rail operators, mechanics, linemen and an assistant superintendent. Two weeks ago the VTA demolished "Building B" where most of the victims were killed.  The VTA says taking down the building helps to support the emotional needs of employees who experienced the tragedy and will allow for planning of a replacement facility.

John Courtney, President of ATU Local 265, said: "On behalf of our brothers who we lost that day – to honor and remember them -- we are very thankful and appreciative of that."

On Thursday night, the San Jose City Hall rotunda will be illuminated in the colors of the VTA -- white, dark blue and light blue. "It is going to take a while but we will heal," Gonot said.

The VTA is planning private ceremonies at the Guadalupe light rail yard on Thursday. While the event is only for employees and their families the service will be available on a livestream so the public can share in the solemn event.