The team announced Monday that 14-year-old goalkeeper Emmanuel "Emi" Ochoa signed a five-year "homegrown player" contract, which allows the team to retain him without subjecting him to the MLS draft system. 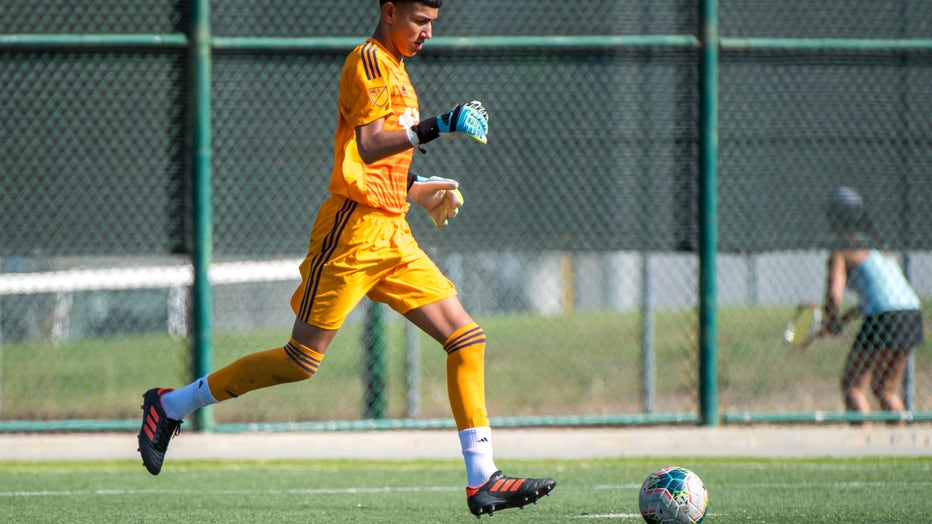 The Quakes have signed 14-year-old goalkeeper Emmanuel Ochoa to a professional contract, making him the second-youngest player in Major League Soccer history (youngest since Freddy Adu in 2004)

Ochoa, a Salinas native, played for his hometown club El Camino FC before enlisting in the Santa Cruz Breakers Academy and later the Quakes Academy.

Ochoa will practice with the professional team and continue to play for San Jose's youth academy and it's unlikely that he'll play with the team in the near future, according to Quakes spokesman Jake Pisani.

"As he progresses over the years, he can then play with our minor league affiliate Reno 1868 FC," Pisani said in an email Tuesday.

Ochoa, a top prospect in the youth national team system, plays with the ability and confidence of a player "well beyond his age," said  Earthquakes General Manager Jesse Fioranelli.

"We have established players we are going to lean on for 2020 and the years to come, which will allow Emi to develop at his own pace with achievable goals year over year, including ones from an academic and life perspective," Fioranelli said.

Ochoa, who is listed at 6 feet 2 inches tall and 150 pounds, is the first teen goalkeeper to sign a professional contract with the team and the youngest player in league history to sign a homegrown contract.