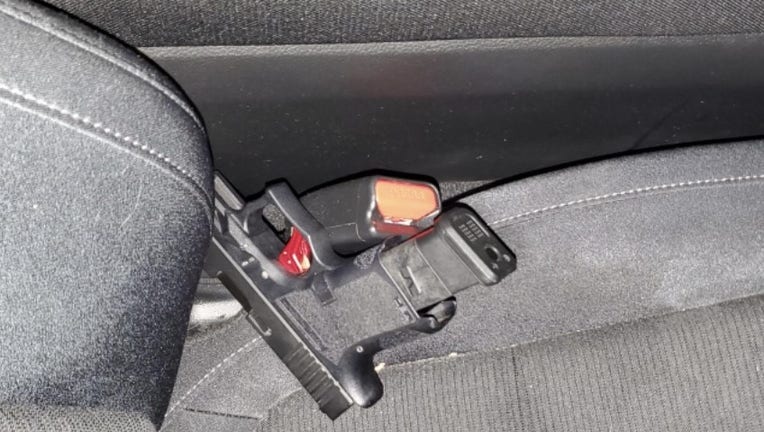 Officers responded to reports of an armed carjacking incident at around 1 a.m. Sunday near the intersection of South 7th Street and East Reed Street, police said.

The victim was inside his car when four teens wearing masks approached him and demanded his car and personal property at gunpoint, police said. The teens drove off in the stolen car after the victim complied.

Patrol officers found the stolen car with the teenagers an hour later, police said. But they stopped chasing the car due to the driver's reckless driving.

The driver eventually lost control of the car and crashed into a center median near Coleman Avenue and Highway 87, authorities said.

All four teenagers, ages ranging from 14 to 17 years old, were arrested and taken into custody, officials said. Officers also found a loaded privately made firearm at the scene.

Police said three of the four teenagers were arrested in March for previous armed robbers and carjackings in San Jose.

All four teenagers were booked into Juvenile Hall.

Anyone with information on this case or similar incidents is asked to contact Detective Marte #4621 of the San José Police Robbery Unit via email: 4621@sanjoseca.gov or at 408-277-4166.