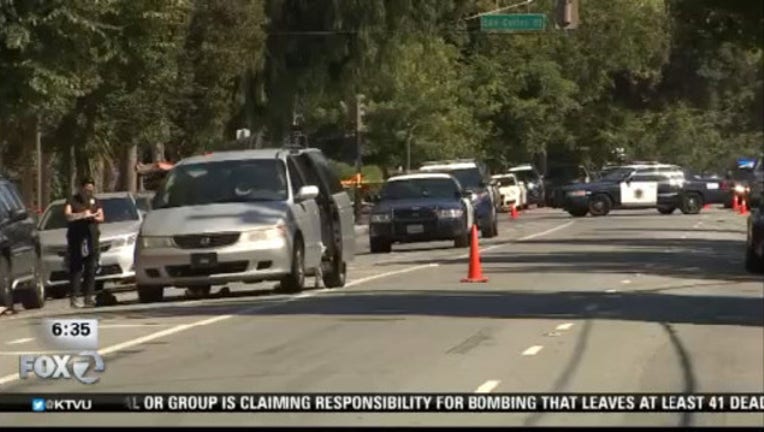 SAN JOSE, Calif. (KTVU) - San Jose police are trying to track down suspects in two deadly shootings that happened over the past two days. The shootings happened in two different parts of the city. The first happened in northeast San Jose, while the other was close to downtown.

Tuesday's shooting brings the total number of homicides so far this year in San Jose to 24. Last year at this same time, there were 10. The Mercury News reports if the pace continues as is, by the end of the year San Jose would have its highest homicide count in 24 years.

The latest shooting happened in broad daylight on what's commonly referred to as Greek Row, since it's lined with Fraternity and Sorority houses. Two men were discovered inside a vehicle shot several times. One man died, while the other is in critical condition.

This comes after a man was shot on Monday night. The man was sitting in a car when he was shot and killed in the Berryessa area near Lundy. Police say right now there isn't any indication that the two crimes are connected. They haven't released a motive in either case.

The only suspect description we have is from the latest case. San Jose State sent out an alert to students describing the shooter as a Latino man, 20 to 30 years old, and possibly driving a van.