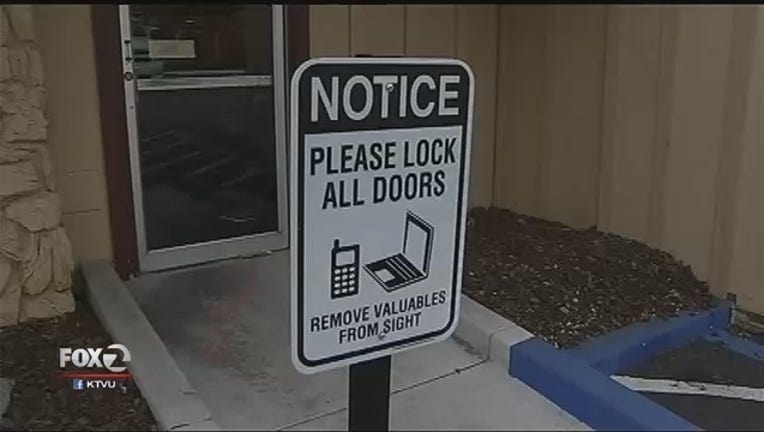 SAN JOSE, Calif. (KTVU) - San Jose Police are issuing a warning in North San Jose, as officers are on the hunt for a man suspected in a rash of car burglaries.

More than 50 break-ins have happened in the past four months in the area of First Street and Brokaw in broad daylight.

"They're going into these parking lots looking into vehicles and they notice personal property," said Officer Albert Morales of San Jose Police. "If they notice computers and laptops, they are basically smashing the windows and taking the property and fleeing the scene immediately."

San Jose Police estimate since November, 53 car break-ins have occurred between Brokaw and Highway 880. Police said 28 victims have filed police reports and majority of the break-ins are happening between 6 and 11 a.m.

"They're in a hurry and they don't lock their doors," said Morales. "Sometimes they don't think they are in a high crime area. They aren't privy to the trends that are going on."

One San Jose resident who didn't want to be identified has heard about the rash of car burglaries. He said thieves have stolen the caps off his car wheels. He has now installed a surveillance camera and alarm in his car.

At least one motel also has signs posted alerting visitors to lock their doors and remove valuables from plain sight.