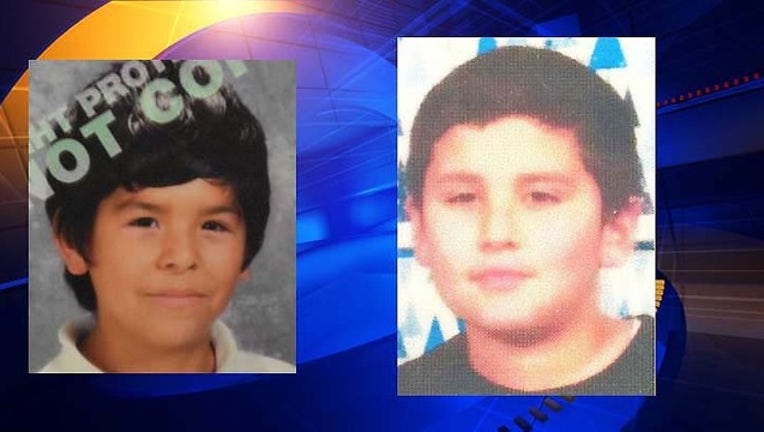 SAN JOSE (BCN) -- Police were looking for two boys who ran away from their San Jose homes on Monday morning.

Andres is described as a Hispanic boy standing about 5 feet tall and weighing 85 pounds with brown eyes and black hair.

Nicholas is described as a Hispanic boy standing around 5 feet 2 inches tall and weighing 100 pounds with brown eyes and brown hair.

Andres was last seen around 8:30 a.m. Monday when he told his mother he was going out for a run and left his home at North 13th and EastEmpire streets.

The 11-year-old did not have a cellphone with him when he left the home.

Hours later, Andres' mother looked for her son but was unable to find him and called police to report him missing, according to police.

At about 9 a.m. Monday, Nicholas left his home at North 12th and East St. James streets and did not return.

Nicholas' stepfather has been in contact with his son's friends and was informed that the boys were in San Francisco with at least $100 in cash, police said.

The stepfather was also told that the boys refused to return home and planned to check out a hotel room in San Francisco for a night.