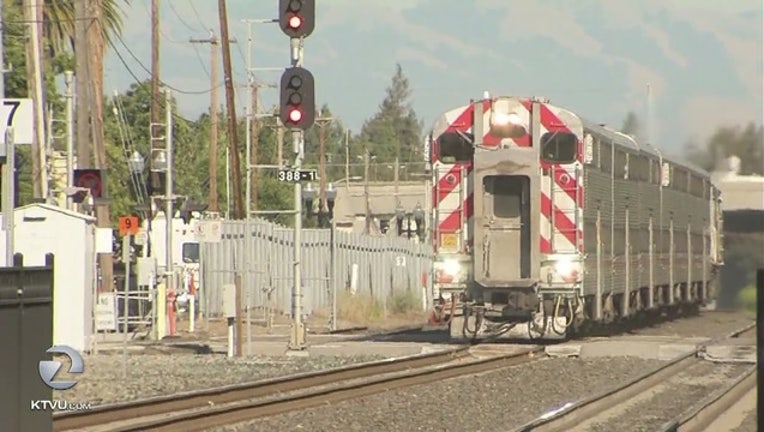 City councilmembers are considering temporary housing sites at two VTA locations--Cerone and Cottle--to increase the interim housing stock, as homelessness in the city continues to climb.

Officials will discuss next steps for these sites on Tuesday. The Cerone yard is in North San Jose's District 4 near Alviso, and the Cottle station is down south in District 10.   Interim housing sites are temporary, quick-build homes that provide homeless people a private room and bathroom, along with supportive services to move them into permanent housing.

"People are living in safe and clean environments and being able to get back on their feet and move into more permanent solutions as a result of the program," Councilmember David Cohen told San Jose Spotlight.

"Building more of these sites around the city is far better for our population, then having as many people in the streets."

In the beginning of the COVID-19 pandemic, San Jose set a goal to build hundreds of temporary homes by the end of 2022. If the two VTA sites are approved, San Jose will be near its goal with 917 homes under construction or in development--with both VTA sites adding about 100 homes each. 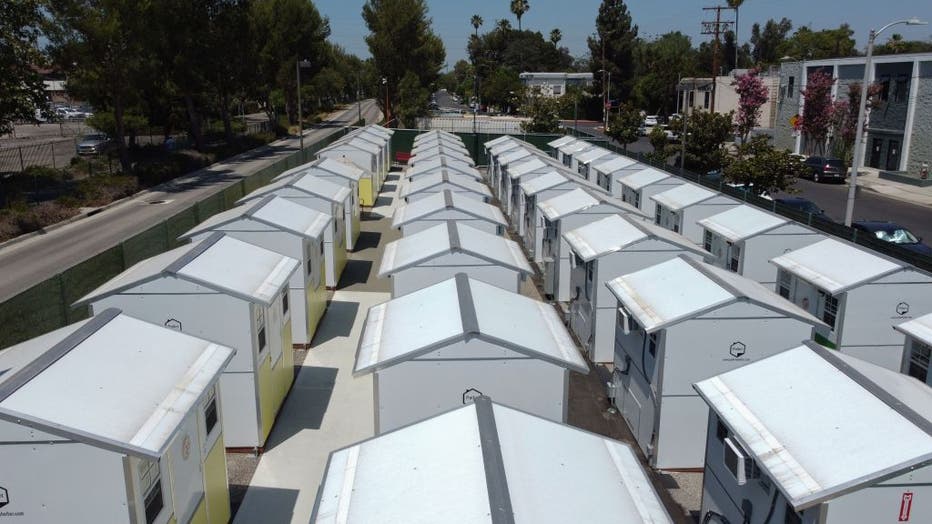 TOPSHOT - A view of housing units at the Tarzana Tiny Home Village which offers temporary housing for homeless people, is seen onJuly 9, 2021 in the Tarzana neighborhood of Los Angeles, California. - The habitats are very small prefabricated houses,

City leaders are hoping to build a tiny homes community in every council district. So far, only Districts 2, 3, 6 and 7 have these shelters.

But getting the housing sites built is not an easy process. San Jose's efforts to create a safe parking site at a VTA Santa Teresa station parking lot, which will open in January, were met with backlash. When the city proposed an interim housing site at a park near Noble Avenue, dozens of residents rallied against it. With support from Cohen, the district's councilmember, the city axed the project, noting tiny homes shouldn't be built on park land.

"Noble wasn't a good fit and I opposed it from the beginning, but I don't think we will see the same pushback with the VTA site," Cohen said.  "It is a somewhat more isolated site in terms of roads between it and other housing. I think it helps people feel better."

Cohen said the Cerone site is also closer to shopping centers, transit and highways.   The Cerone VTA site will replace the Noble Avenue site and fulfill District 4's goal of having a tiny home community. District 10's interim housing site was going to be built on Caltrans-owned land near Highway 85, but the city is switching gears and considering the Cottle location instead.

Both Cohen and Councilmember Matt Mahan, who represents District 10, hope the housing sites will shelter homeless people in the immediate area.

"It's only fair that the neighborhoods that take on transitional housing see the greatest benefit," Mahan told San Jose Spotlight.

Mahan wants to ensure there isn't an over-concentration of tiny homes in one neighborhood.

"The truth is that different districts bear different burdens," Mahan said. "We need every part of the city to step up."

Vice Mayor Chappie Jones, who serves on the VTA board of directors, believes the public transit agency's sites are perfect for tiny homes. He said while he understands resident concerns, he doesn't anticipate the sites will impact VTA operations or ridership.

Next week, councilmembers will explore whether the sites will cater to specific homeless populations such as single mothers with children, non-English speakers or those working on sobriety.   Jones said the city needs to hear from the public about the plans.

"We often hear from residents too late," Jones said. "We are shaping the project now, so this is when your voice can be best heard."

And residents who live in neighborhoods without tiny homes should be prepared for them to be built soon.

"Residents should be aware, educated and engaged," he added, "because they're coming."

Councilmembers are set to discuss the interim housing sites at 1:30 p.m. Tuesday. Learn how to watch and participate.