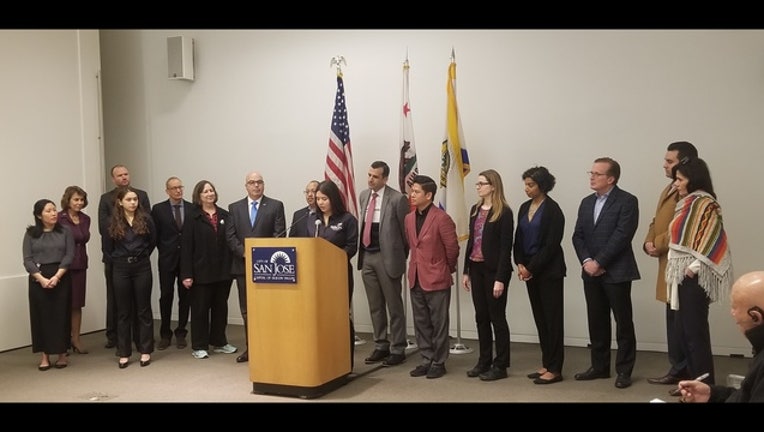 SAN JOSE (BCN) San Jose city officials are pushing for equitable access to technology through a $24 million fund that could bring internet access to low-income areas and ease a "digital divide" in the Silicon Valley over the next 10 years.

The Digital Inclusion Fund was approved in May 2018, and developed through feedback Mayor Sam Liccardo received from students struggling to meet technological demands at school.

The City Council is hoping to partner with the nonprofit California Emerging Technologies Fund to fundraise and implement an initial $1 million in grants.

"This is the great challenge of our generation, the growing divide between rich and poor," Liccardo said. "Nowhere is this more palpable ... than here in Silicon Valley."

Linda Mimila, a senior at Lincoln High School, said she struggled through her junior year without a computer at home. She would often go to school an hour early to complete assignments at the media center, since virtually all of her homework required online submittal.

"It's super hard to write an essay on your phone," said Mimila, who was able to borrow a computer from her teacher this year.

In addition to computer lab-style classes for students, the initiative will include training parents on internet safety and technology use, as well as expanded internet access in homes for 95,000 "un-connected" residents.

Liccardo and a majority of council members have already thrown their support behind the program. If funding is approved, the program could also bring larger Wi-Fi hotspots at public locations, expansion of the middle and elementary school School2Home system, increased library computer checkouts and possible partnerships and matching funds with local technology companies.

Broadband companies who have paid "small cell usage fees" to update infrastructure in San Jose will partially support the initiative, along with the city's partner California Emerging Technologies Fund, which was developed as a public benefit from corporate mergers involving AT&T and Verizon in 2005.

"One misconception is that ... the digital divide only exists in rural parts of the country, but in fact ... low-income neighborhoods get less investment in Internet infrastructure." Santosham said.

The city has offered incentives for companies to install infrastructure in low-income areas by offering bulk pricing to expand coverage, Santosham said, but this is only an initial step toward equity.

"Just because you have coverage, doesn't mean you have access -- because most low-income families cannot afford to pay for those plans," she said.