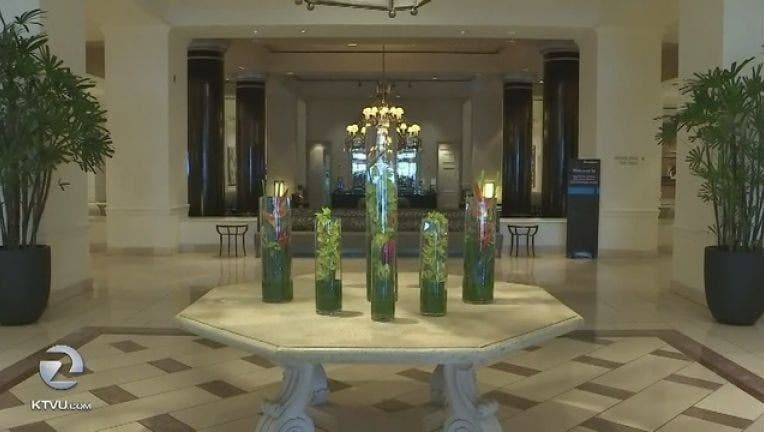 SAN JOSE, Calif. - The landmark Fairmont Hotel, located in the heart of downtown San Jose's cultural and entertainment district, is temporarily closing, it was announced Friday.

FMT SJ LLC, the operator of the iconic hotel, filed for Chapter 11 reorganization Friday, temporarily closing the hotel for as much as three months while it finds a management partner and extends the existing mortgage debt.

The hotel abruptly ceased operations Friday, relocating its few remaining guests to rooms at nearby hotels at ownership's expense.

"We know that by taking this difficult step, we will come back a more vibrant hotel to the benefit of everyone in San Jose, including the vitality of the city's downtown, nearby businesses, and Silicon Valley conventions in a post-COVID-19 world," said Sam Singer, the hotel's representative.

Singer said the hotel is expected to gear up for operations again in roughly 60 to 90 days.

Additionally, Singer said the hotel has suffered from the impacts of COVID-19. As a result of the pandemic, all conventions for 2020 and 2021 have been cancelled, and occupancy throughout the pandemic has been less than 7 percent. The hotel lost at least $18 million in 2020 and is projected to lose at least another $20 million in 2021, according to the hotel owner.

Singer said he is optimistic that the hotel's secured lender will work cooperatively to ensure the hotel comes back stronger after its reorganization and as the region and the nation come out of the pandemic.

When the hotel reopens in mid-2021, ownership expects it will have a new manager and brand; one with the ability and willingness to infuse tens of millions of dollars of capital into the hotel and its operations, and a robust pipeline of future convention business for the hotel.

The impacts of the pandemic have been significant, Singer said. "The owner is committed to a process that will ensure the hotel's long-term viability and drive business both to the hotel and to San Jose's important downtown and convention center," he added.

The hotel is a landmark 805-room property at 170 South Market St. The 20-story, two-tower hotel has 65,000 square feet of state-of-the-art meeting and event space, three restaurants with bars, a cafe bakery, a fitness center, and a rooftop pool and gazebo.  The hotel features grand ballrooms for large conferences and conventions as well as intimate spaces for smaller gatherings.