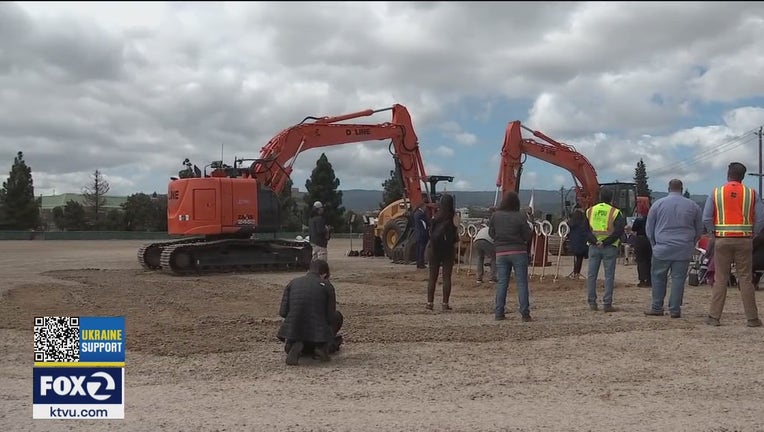 It's a big step toward the county's goal of ending homelessness on their streets in 2022.

The county is getting a three-story homeless navigation center. The project was paid for with $55 million dollars in Homekey grants plus another $5 million from philanthropist John Sobrato. The site will have 240 temporary units, plus wraparound services.

It's modeled on a similar, but smaller facility in Mountain View.

The navigation center, and 110 units of permanent housing are in addition to five hotels the county also purchased for unhoused residents.

County leaders said they recognize the importance of moving quickly.

At last count in 2019, there were 900 homeless on the streets, another 600 in shelters. Twenty-five percent of those were in Redwood City.

"What this project does is give us the ability to get people out of encampments into temporary housing," said Redwood City Mayor Giselle Hale.

The goal is what officials call "functional zero." IT doesn't mean there won't be any homeless at all, but that for everyone who wants a bed, there will be one available.

Nonprofit LifeMoves will operate the navigation center and said the county's goal may just be attainable.