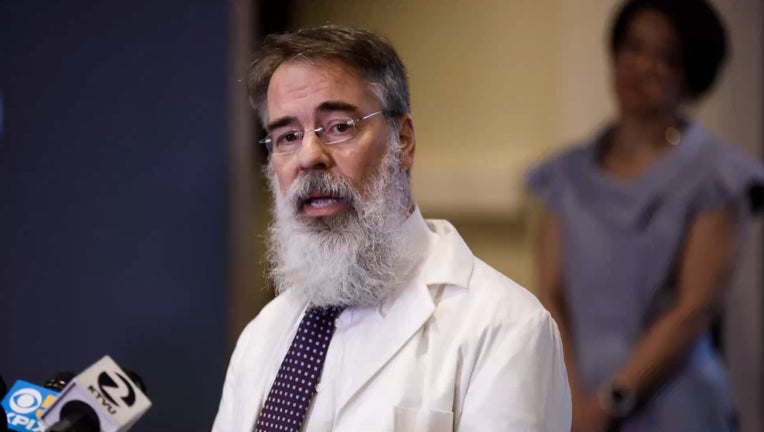 REDWOOD CITY, Calif. - San Mateo County's Health Officer says the state has made the wrong diagnosis on COVID-19 in the county and is wrongly treating the current situation. He also says, in his opinion, Gov. Gavin Newsom isn’t being given good advice.

In a statement posted online, San Mateo County Scott Morrow acknowledges that it is "simply not possible" to stop the spread of coronavirus.

"I watch the news and I certainly get alarmed by some of what’s going on in the country, and even in our state. But I have to make the best decisions and recommendations based on our data which reflects the situation in our community. Our numbers indicate we are in a relatively stable state in regards to the spread of the virus," said Morrow.

Additionally, Morrow says hospitalizations have been stable and/or decreasing over the same time period.

Morrow says deaths in San Mateo County from COVID-19 are low. "Even with the current data meltdown at the State related to the counting of new cases, I remain of the same opinion," said Morrow.

Regarding barber shops, nail salons and other businesses that were targeted in the most recent closure, Morrow says these places are not primarily causing the spread of the virus. "There is no evidence that I have, and no evidence the State has provided to me, that leads me to believe the spread is higher in these businesses than those businesses/operations that are allowed to operate," said Morrow.

Morrow continues by saying the state's constantly changing framework " is fundamentally flawed in several ways." He says the societal and economical damage caused by closing down doesn't naturally accompany or associate with a reduction in the spread of the virus.

Morrow says the quality and consistency of data is an issue that just seems to grow as each day passes. He also says that benchmarks for an entire state aren't necessarily best for certain counties because of large variabilities in the numbers.

"Some of our numbers change based on actions the State takes (such as large out-of-county hospital transfers, i.e., San Quentin, or restricting testing) that are not based on what’s going on here, but are held against us anyway even though they do not reflect the reality of what’s going on here," said Morrow.

Morrow would like to know if the state is conducting case-control studies on the virus, something that he says local counties aren't able to do, but that state's are better positioned to do.

"To get out of this situation depends on all of us. Our collective best course of action: No gatherings outside of immediate households, use facial coverings extensively, and social distancing."