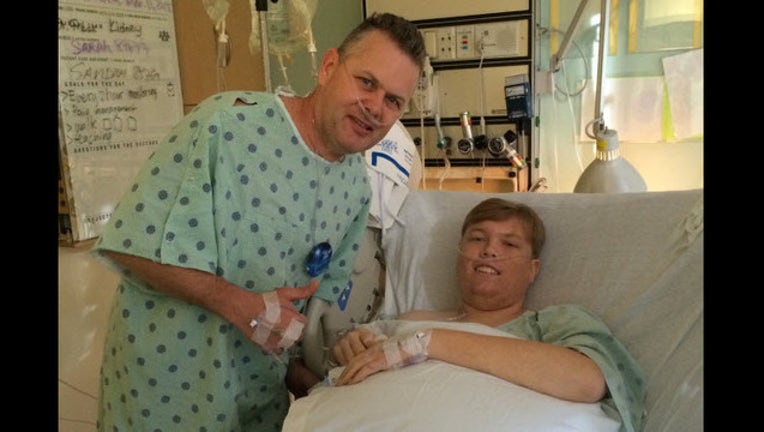 This year, at 19 years, he found himself in full kidney failure and spending up to 15 hours a day first on a manual dialysis and then on an automatic dialysis through the night.

Last summer, Garett's father Gary; a Sergeant with the San Mateo County Sheriff's Office, was in the process of donating his kidney to Garrett, but some minor health issues disqualified him.

He received the call at work that he could not himself be a donor and was reeling from this news when a coworker stepped forward and asked if he himself could be a match.

That coworker was Jerran Higgins, a seven year veteran of the San Mateo County Sheriff's Office, who met Garett's father years earlier while the two played in a city hockey league.

They remained close through work functions and social gatherings, but the Ramos family never imagined the relationship would one day make the difference for their son.

Higgins called the hospital and began a months-long screening process.

After extensive testing, Higgins learned he was a perfect match to donate a kidney.

A successful transplant surgery was performed on Tuesday at UCSF and both patients are doing well.

More information and updates are available on Garrett's blog http://garrettupdates.com/