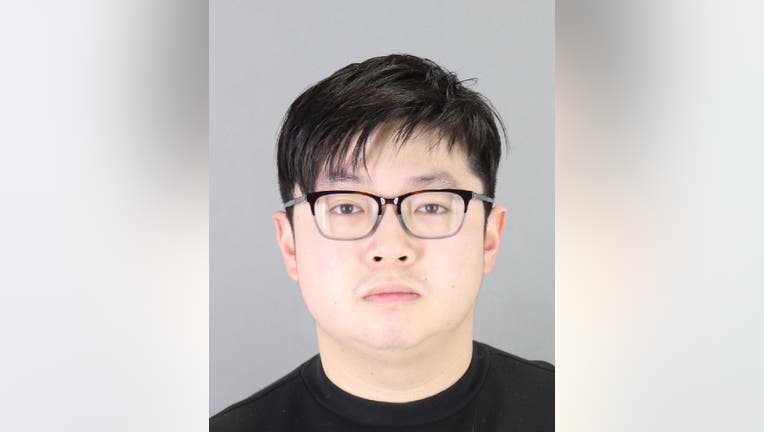 SAN MATEO, Calif. - Police are trying to identify more possible victims of a San Mateo man they said posed online as a teenage girl on Instagram to solicit sexual photos and videos from teenage boys.

San Mateo detective began an investigation after being contacted by the Eden Prairie Police Department in Minnesota, which was investigating inappropriate online contact with a minor that was traced to Ching.

Detectives, assisted by the Internet Crimes Against Children Task Force and Homeland Security Investigations, served a search warrant at Ching's home in the 4300 block of Camden Avenue.

Ching, described as a Chinese national, confessed and was arrested, police said.

He was arraigned Thursday on seven counts of lewd or lascivious acts with a child under 14, eight counts of contacting a minor with intent to commit a felony, one count of possession of child pornography, and seven enhancements of the one strike law for sex offenses, according to the department.

They also said that Ching may have invited a San Mateo juvenile male into his home last December and January.

Police are trying to determine if there are more juvenile victims and want to hear from anyone who had online or in-person contact with @alchas04, @alchas04_priv, "Alicia Harris", "Raymond Ching", or Wai Kit Ching.

The department said the case "is evolving and involves multiple victims and jurisdictions."

Anyone with information related to the investigation is asked to contact Detective Sgt. Lee Violett at (650)522-7662 or lviolett@cityofsanmateo.org.