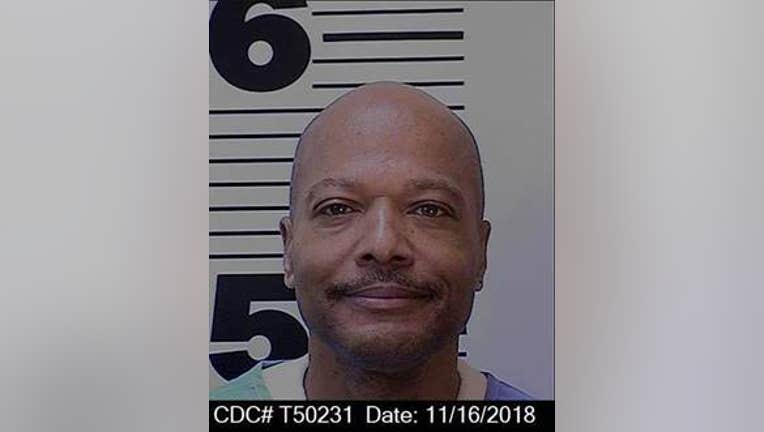 Lumord Johnson, 56, was found unresponsive in his cell at 6:30 a.m. Thursday. Medical staff responded, but could not revive Johnson. He was pronounced dead a short time later.

The Marin County Coroner's Office will determine Johnson's cause of death.

Johnson was sentenced to death in Riverside County in 2002 for two different murders.

Johnson was found guilty in the 1994 second-degree murder of a 34-year-old woman who was trying to break up a fight between her boyfriend and Johnson in Riverside County. She identified Johnson as the killer before she died, authorities said.

Johnson was also convicted of first-degree murder and sentenced to death for the 1995 shooting death of a 33-year-old man during a botched drug robbery. The night before the murder, Johnson allegedly said that killing someone "comes easy," according to court documents about the case.