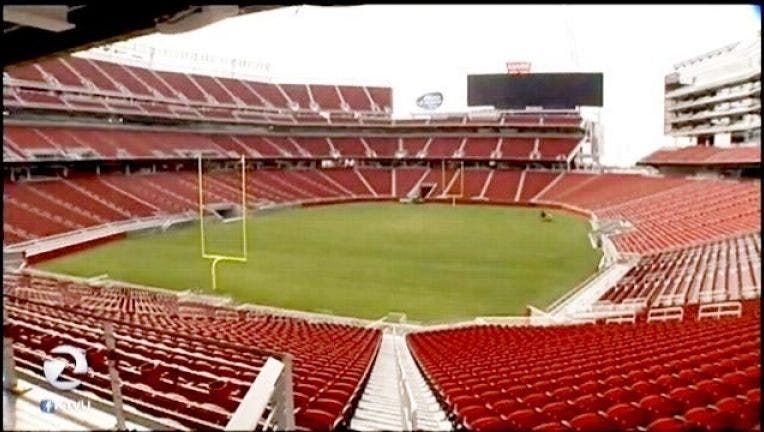 The San Francisco 49ers on Tuesday made two rent payments for Levi's Stadium to the Santa Clara Stadium Authority, a payment for September that was past due and the subject of a dispute, and a second for October.

The city said that the team is required to pay annual facility rent of $24,762,000 facility rent in monthly installments to the Santa Clara Stadium Authority.

"The facility rent is a primary source of funds to repay the public debt that the Stadium Authority incurred to build the stadium for the 49ers," the city said in its announcement.

The past due payment came a week after the City of Santa Clara's stadium authority board unanimously approved pursuing at least $2.7 million in unpaid rent for Levi's Stadium.

"Only after receiving a Notice of Default and the Board's action did the 49ers pay their rent in full one week later," according to the city announcement.

The city and the team had traded remarks last week following the stadium board's action, with each accusing side accusing the other of political posturing.

The team had sought a 20 percent reduction of the monthly rent because of COVID-19 closures and the cancellation of two exhibition games at the stadium, City Attorney Brian Doyle said.

The city notified the 49ers that lease provisions do not allow for rent reduction because the cancellations came from the NFL and not the stadium, according to the city attorney's office.

The 49ers last week said that the rent would be paid.

The team did not immediately respond to the city's announcement Tuesday.

This is not the first spat between Santa Clara and the 49ers.

Currently the parties are in litigation since the City Council voted in February to end the agreement allowing the 49ers from operating the stadium because of fraud claims.