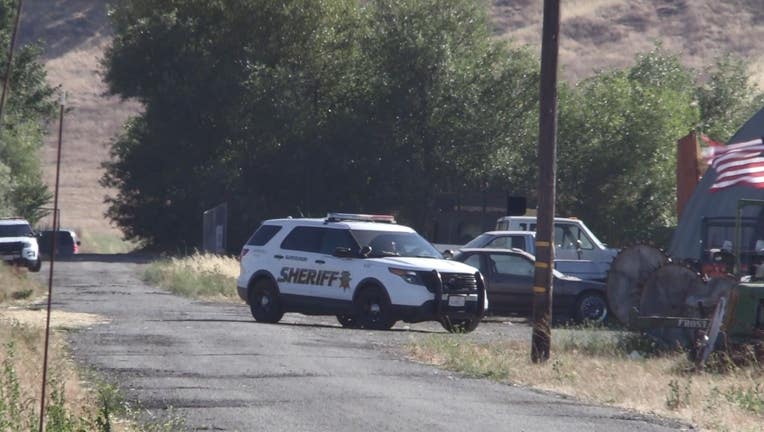 SAN JOSE, Calif. - Santa Clara County Sheriff's Department are investigating what appears to be the discovery of human remains, officials said on Thursday.

Deputies responded at about 1:20 p.m. to a creek bed in unincorporated San Jose near Richmond Avenue and Santa Teresa Boulevard.

A person reported the discovery of bones at what appeared to be a tent or homeless encampment, officials said.

Investigators said it is too early to determine the identity of the remains and if the bones belonged to a male or female.

Deputies have been at the scene of a private property near open fields in the area and are actively investigating.

Local farmworkers reportedly said officers have been investigating in the area since 3 p.m.

No further details were made available.