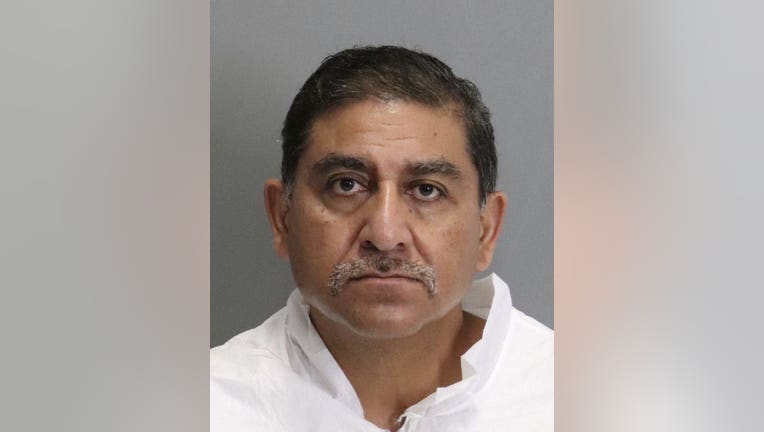 SANTA CLARA COUNTY, Calif. - A 52-year-old man has been arrested on suspicion of killing his estranged wife in unincorporated San Jose on Wednesday, according to the Santa Clara County Sheriff's Office.

Deputies had responded at 10:44 a.m. Wednesday to a report of a person down in the area of Jerilyn and Dale drives and found the woman, who was taken to a hospital where she was pronounced dead. Her name has not yet been released.

Investigators identified her estranged husband, Ignacio Espinoza, and arrested him at a transit center in Modesto. He was taken back to be booked into Santa Clara County Jail on suspicion of homicide and assault with a deadly weapon, and has prior sex crime convictions, including rape and lewd acts with a minor under 14 years old, sheriff's officials said.

The Sheriff's Office did not specify exactly how Espinoza allegedly killed the victim, but in a statement called the case "the tragic end result of an ongoing domestic violence relationship between an estranged husband and wife."