The Santa Rita Jail in Dublin has experienced a recent spike in COVID-19 cases, the Alameda County Sheriff's Office said Tuesday. Officials said 44 inmates have tested positive and as many as nine of them are symptomatic.

As of Tuesday, 44 inmates tested positive for the virus, with nine of those symptomatic. The rest are asymptomatic, and none of the cases appeared serious, sheriff's spokesman Sgt. Ray Kelly said. 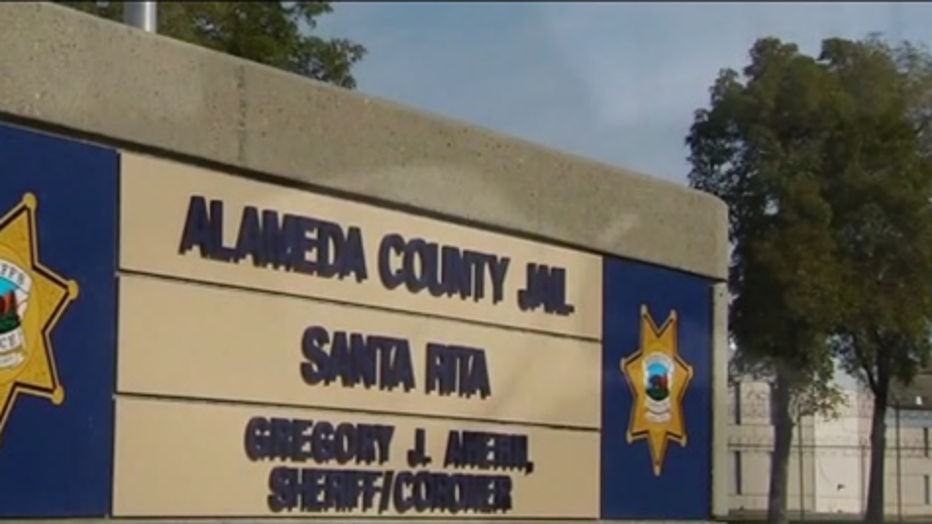 The nine symptomatic inmates were being isolated in a housing unit and under close observation. "We've been down this road before," Kelly said, noting that a previous spike recorded about 110 positive cases.

In an interview, Sheriff Greg Ahern told KTVU, "We're confident that the people who are asymptomatic will be in the recovery mode rather quickly."

Ahern said the cases in the jail were "moderate" compared to the surges in the community at large and last summer's spike.

In addition, Sgt. Kelly said 10 staff are infected. Some are seeing mild to moderate symptoms.

Since the pandemic started, more than 700 cases have been reported at the jail. Among those, only two people have been hospitalized with both patients recovering, according to the sheriff's office.

"We've been fortunate with COVID," Kelly said, adding, "We'll get through this spike."  He said that when the general population experienced a surge, that pattern would also be reflected at the jail. The surge was not considered widespread, with the jail population currently at 2,165.

Kara Janssen, an attorney who has sued the sheriff's office over jail conditions said, "This big jump in cases makes me very concerned that it is spreading now throughout the jail."

She said one of the biggest challenges is to convincing reluctant inmates to get vaccinated.

"We all know that vaccine hesitancy is a big issue, and that's no less true in a jail population," Janssen said. "If anything, it's sometimes even more true because people are inherently suspicious of the medical care offered at the jail."